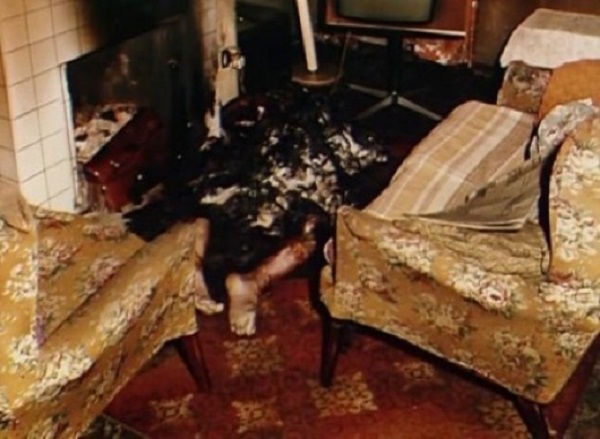 The strange case of Michael Faherty

Michael Faherty (also known as Micheál Ó Fátharta; 1934–2010) was a 76-year-old man who was found burned to death in the living room of his home at Clareview Park, Ballybane, Galway, on 22 December 2010.

His body was partly consumed by a fire that was driven by the wick effect, which commonly occurs near, and is aided by, an open fireplace. Sensationally, his death was recorded as “spontaneous combustion” by the coroner

A man who died near a fire had “spontaneously combusted”, a coroner in Ireland has ruled.

Michael Faherty, a 76-year-old pensioner in Galway, died at his house three days before Christmas last year in circumstances that had baffled investigators, the Irish Times reported.

Forensic experts said the death had not been caused by a fire in Faherty’s fireplace, and that no accelerant had been found, nor was there evidence of foul play.

Faherty had been found lying on his back with his head near the fireplace, in the sitting room, but fire fighters said the blaze had not spread from the hearth.

Coroner Ciaran McLoughlin, who researched the matter heavily before giving his verdict, said he had never encountered such a case in his 25 years working in the region.

He said a book on forensic pathology noted that such reported cases were almost always near an open fireplace or chimney.

“This fire was thoroughly investigated and I’m left with the conclusion that this fits into the category of spontaneous human combustion, for which there is no adequate explanation,” the BBC reported him as saying.