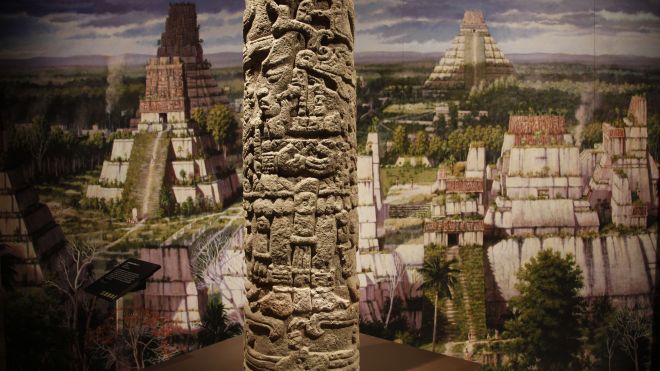 We know the world did not end on 21st Dec 2012 as many claimed the Mayans had predicted, but a shocking new discovery shows the Mayan end date was wrong by 8 years, and was really 26th Dec 2004.

According to these Mayan myths, at the end of the cycle there “will be a blast of energy from out of the sky. There will be earthquakes and volcanic eruptions. Ollin, the ‘movement’ glyph, tells how earthquakes will shake the whole world. The seas will rise; there will be a change in the wobble of the Earth”.

We know, of course, that on December 21, 2012, none of these events happened either. But, on December 26, 2004, the date that corresponds to the 8-year correction, very similar events actually did occur.

She sites the occurrence of astronomical alignments “with a strong correlation to the ancient Maya calculations”. Moreover, she points out that on that day, the earth was affected by a powerful blast of gamma rays that, according to NASA, wiped out sensors on their gamma ray tracking satellite, Swift, and was detected by other satellites, adversely effecting communication across the Pacific for hours.

Also on that same day, a major Indian Ocean earthquake resulted in the massive tsunami that killed more than 350,000 people from Indonesia to the coast of Africa and inundating coastal communities with waves up to 30 meters (98 ft) high. According to scientific reports, the energy released was the equivalent to twenty thousand nuclear bombs, a force so great that it affected the rotation of the Earth.

“Since that fateful day there have been noticeable changes in weather patterns—hurricanes, earthquakes, and increased volcanic activity”.