What are the worlds biggest unexplained mysteries ? 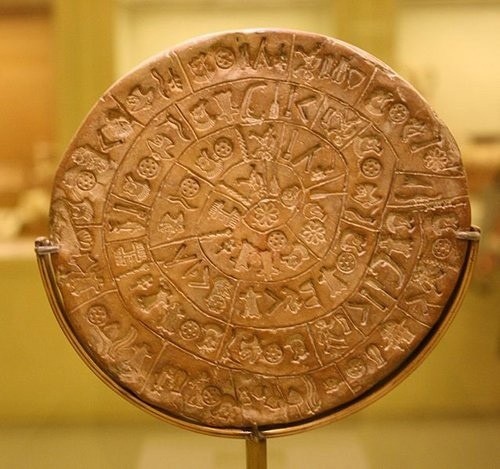 The mystery of the Phaistos Disc is a story that sounds like something out of an Indiana Jones movie. Discovered by Italian archaeologist Luigi Pernier in 1908 in the Minoan palace-site of Phaistos, the disc is made of fired clay and contains mysterious symbols that may represent an unknown form of hieroglyphics. It is believed that it was designed sometime in the second millennium BC.

Some scholars believe that the hieroglyphs resemble symbols of Linear A and Linear B, scripts once used in ancient Crete. The only problem? Linear A also eludes decipherment.

Today the disc remains one of the most famous puzzles of archaeology. 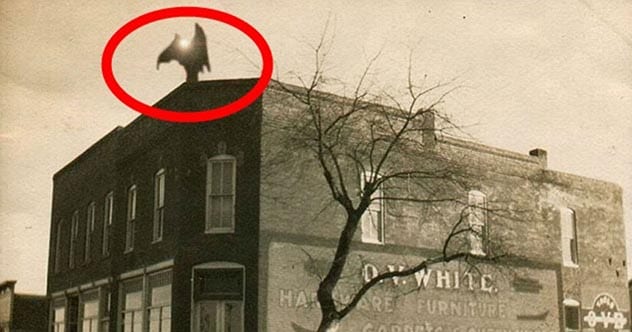 U.G. Griffith was on his way to his house in Van Meter, Iowa on 29 September 1903 when he noticed a spotlight on top of a building which he had never seen before. Walking towards the building, the light jumped to another roof, before disappearing into the darkness. Telling the story the next day, people were all ears because Griffith had been a respected citizen of Van Meter.

On 30 September the town’s doctor, Dr Alcott, woke up to a beam of light shining into his face in the early hours of the morning. Running outside with his firearm, thinking there were intruders on his property, Dr Alcott froze to the spot when he saw in front of him a large humanoid creature with massive wings and a horn on its head. The horn was beaming a stream of bright light into his house. Dr Alcott shot the creature 5 times, but the monster didn’t even blink. The doctor then ran back inside and when he looked back, the creature had disappeared.

On 1 October, also in the early hours, bank manager Clarence Dunn walked to the bank where he worked with the uneasy feeling that the recent ‘monster’ sightings may have been robbers trying to distract the townsfolk while planning the rob the place. He locked himself inside the building, clutching a shotgun for protection. Just after midnight, Dunn heard a strange gasping noise. Then a bright light shone into the bank and Dunn could see a figure outside. He fired the shotgun at the figure, and it fled. Later, he would find footprints with only 3 toe prints outside the bank.

More people witnessed the creature, including J.L. Platt Jr. who encountered it at the entrance to an abandoned coal mine. He also saw a smaller similar-looking creature standing next to the large one. Shooting at them once again had no effect. The community then decided to board up the entrance to the mine and the creatures were never seen again.

Was this just a scary story that had the whole town on edge or did Van Meter’s residents see something supernatural more than 100 years ago?

On 1 April 2014 Dutch students, Lisanne Froon and Kris Kremers waved goodbye to the family hosting them during their long-planned trip to Panama and walked off with the family dog for a hike along the Baru volcano. They posted on Facebook that they were going to walk around Boquete before tackling the hiking trail.

That evening, the host family noticed the dog traipsing back into the house, but there was no sign of the two young women. Assuming they may have decided to overnight on the trail, the family waited until morning. However, when they discovered that Kris and Lisanne never showed up for their private walking tour of Boquete, the family immediately contacted the police. Kris and Lisanne’s parents arrived in Panama five days later and waited anxiously for news of their children as police and detectives scoured the forest for ten days.

It took 10 weeks for a break in the case. A local woman turned up at the police station with a blue backpack she had found on a riverbank in the Boco del Toros region. Inside the backpack were Lisanne’s passport, sunglasses, two pairs of bras, a water bottle and some cash. Police also found a camera and both girls’ cell phones in the backpack. When they scrolled through the phones, they found that there had been 77 attempts to call the police and emergency services in both Panama as well as the Netherlands. Due to lack of signal in the area, these calls did not go through. On one of the phones they found several photos of the trail and surrounding forest. There were also photos taken on 8 April of the girls’ belongings scattered over some rocks and a disturbing photo of the back of Kris’ head showing blood streaming from her temple.

Two months later bones were found in the forest. DNA tests confirmed that the bones belonged to the two missing girls. Later in 2014 they were publicly declared dead of a hiking acciden