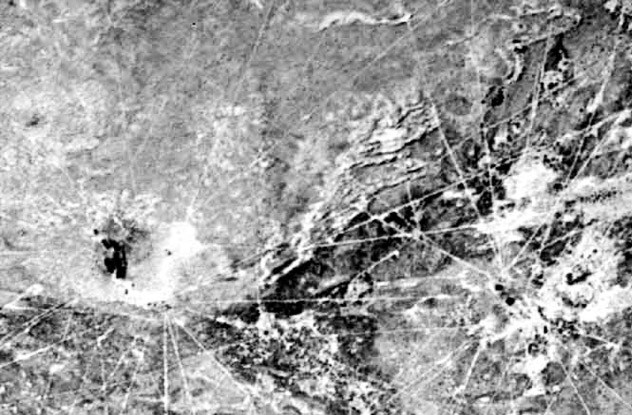 One of the worlds greatest mysteries – The Sajama Lines of western Bolivia. The lines are a network of thousands (possibly tens of thousands) of perfectly straight paths likely etched into the ground continuously for more than 3,000 years by the indigenous people living near the volcano Sajama. No historical records remain as to who actually created the lines – The purpose of the lines has also yet to be determined.

The lines range from 1–3 meters (3–10 ft) in width and can be up to 18 kilometers (11 mi) in length. The lines cover an area of almost 7,500 square meters (70,000 sq ft)—roughly 15 times larger than the famous Nazca Lines. Despite their giant scale, very little research has been done regarding the Sajama Lines.

The true size of the network had been very difficult to gauge until recently, when satellite imagery became available.

The lines are astonishingly straight despite their length, natural obstacles, and the area’s rugged topography. No records detail the lines’ construction, but they are most likely prehistoric, built over countless generations.

It is now believed the lines have been constructed over many generations by removing natural vegetation to expose the bare ground or/and scraping away the dark soil and oxidized rocks from the surface to expose the lighter subsurface.

The Sajama lines are however, intentional and the carefully planned network was completed by unknown and highly skilled builders.