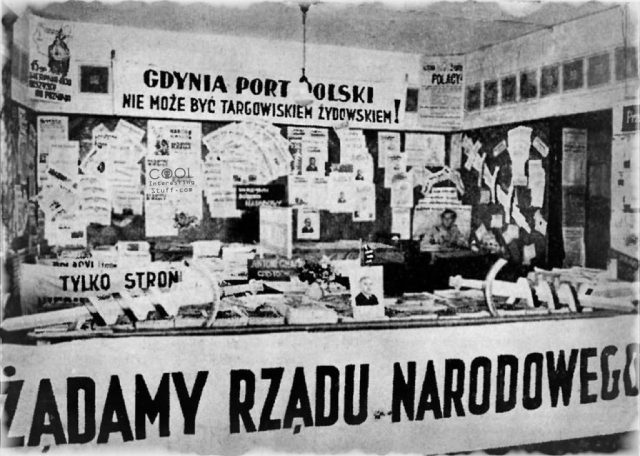 On 21 January 1959, in Gdynia, a bright, shining body crashed into the harbour basin. One and possibly two EBE’s (Extraterrestrial Biological Entities), were found and recovered by soldiers of the Border Guard or the Navy. These were next transported under tight security to the Soviet Union, where they remain to this day.

Possibly the most interesting attraction was the showing of a television documentary which had been made by the NHK TTC (Channel 8) of Tokyo, which focused on an alleged UFO-crash in Gdynia, Poland, on 21 January 1959. This film was shown at the Gdansk UFO-Marathon, October 12, 1997.

In early 1959 in Cold War–era Poland (then under the control of the Soviet Union), a strange “radiant object” was seen falling to Earth by several witnesses, appearing to vanish in the dark waters of the harbor.

Reports were made, and while the Polish Navy did discover an apparent piece of wreckage, which was sent for further study, nothing else was found. The area around the harbor was nonetheless placed under military guard. This was still the case several days later, when a “strange silhouette” was reported dragging itself from the water and lying, exhausted and weakened, on the sand.

According to reports, “the man” didn’t speak any known language, and he appeared to have suffered severe burns to his face. His body was covered by some kind of uniform. When he was further examined at a local hospital, doctors could not remove the clothing, as there were no obvious zips or fasteners, and the material, while thin and soft to the touch, was as strong as metal.

Accounts differ as to the exact details of how the man came to his end and whether he was indeed from another world, but it appears he did die shortly after his discovery. Assuming for one moment that the account is true, the remains of the being are said to be somewhere in an underground bunker under the streets of Moscow.