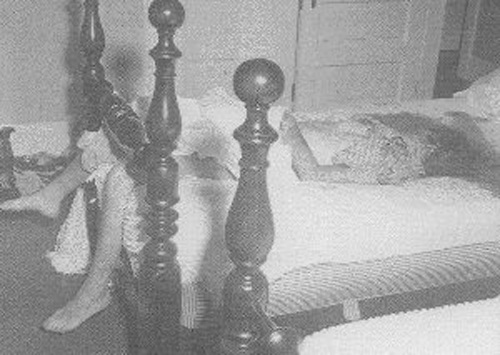 Marilyn Sheppard was the wife of osteopathic physician Doctor Sam Sheppard, a prominent Cleveland-area doctor who was convicted of the 1954 murder of his pregnant spouse. Doctor Sheppard claimed he was asleep on the couch on the lower level of the house when he was awakened by his wife’s screams. He ran upstairs to help her only to be hit from behind by a man he subsequently described as “bushy-haired.”

He chased the man out the door and across their lawn before being knocked unconscious on the shores of a nearby lake. When the police arrived, they were immediately suspicious of Sam Sheppard’s story, noting that the house looked ransacked in a contrived manner. He was arrested and led through a “carnival-esque” trial much like that of O.J. Simpson years later. He was eventually found guilty of his wife’s murder, but released after it was declared his trial had been unfair in 1964.

Sheppard’s family was always convinced of his innocence, particularly his son, Samuel Reese Sheppard, who later sued the state for wrongful imprisonment (he lost.) Even though Sheppard was granted his freedom, the damage to his life had been done. While in prison, both his parents died of natural causes while his in-laws committed suicide. After his release, he took to drinking heavily and was forced to abandon medicine. In some attempt at a twisted parodic version of his new life, he even took up pro-wrestling for a while, fighting under the name “The Killer.” His son’s life was also a string of PTSD-related flashbacks, low-profile jobs and failed relationships. Even though DNA evidence found later pointed to another suspect who had been doing repairs on the Sheppard house in the weeks leading up to the murder, many still believe the doctor is responsible. The story is strikingly similar to the plot of the great movie The Fugitive, but creators deny the connection.