Libby’s father Derrick planned to pick the girls up at 3.15pm.

The girls were familiar with the area and the trail was frequented mostly by locals.

The last post the girls shared on their social media, via phone was Libby’s Snapchat photo at 2.07pm. 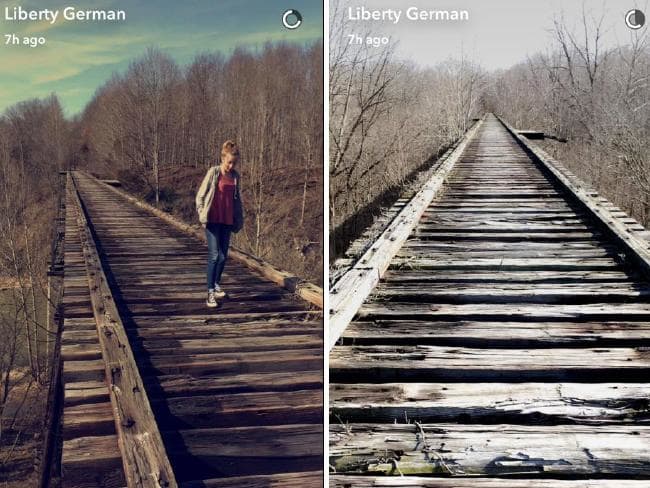 Upon arriving to meet the girls, Libby’s father tried a number of times to call Libby, but each time the call rang out.

Derrick then set off along the trail to find the girls, on the way he spoke with a man in a plaid cotton shirt to ask him if he had seen the girls.

This man mentioned he had seen “2 people on the bridge”

Unable to find the girls Derrick started calling family to tell them the girls had failed to meet him at the designated pickup time. Her family began calling friends around 4pm to try and locate them. By 4.15 a number of family members had joined Derrick at the trail to look for the girls.

By 5.30pm the family contacted the Carroll County Sheriff’s Department to report the girls missing. The sheriff’s department also sent a car to help with the search.

Authorities who quickly searched the area did not initially suspect foul play in the disappearance. The search was called of a short time later due to failing light.

The search resumed the following day when the girls had failed to turn up.

At around noon, one of the searchers discovered the bodies of the girlsabout 0.5 miles (0.80 km) east of the abandoned deck girder bridge.

The bodies were about 50 feet (15 m) from the north bank of Deer Creek.

Police did not publicly state, nor release details of how the girls were murdered.

The next day Indiana State Police began circulating a still image of an individual reportedly seen on the Monon High Bridge Trail near where the two friends were slain; the grainy photograph appearing to capture a Caucasian male, with hands in pockets, walking on the rail bridge, head down, toward the girls. The picture was discovered on Libby’s phone 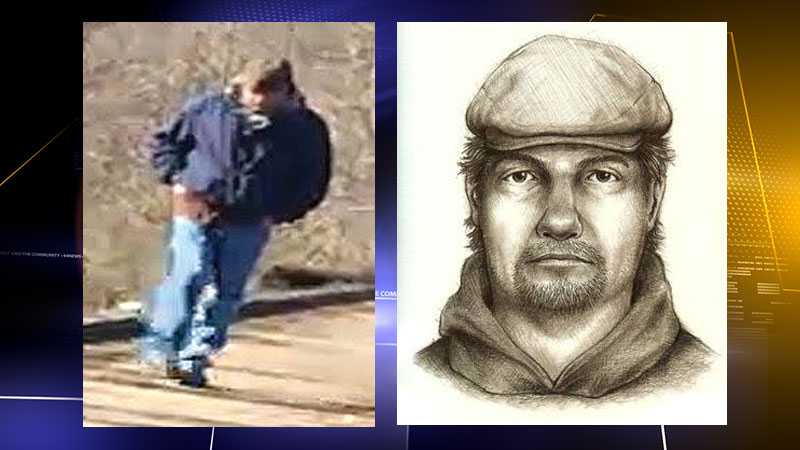 A few days later, the person in the photograph was named the prime suspect in the double-homicide.

The strange audio and drawing

On February 22, law enforcement released an audio recording, supposedly recorded on Libby’s phone -where the voice of the assailant, though in some degree muffled, is heard to say, “Down the hill.”

It was at this news conference that officials credited the source of the audio and imagery to German’s smartphone, and, further, regarded her as a hero for having had the uncanny foresight and fortitude to record the exchange in secret.

Police indicated that additional evidence from the phone had been secured, but that they did not release it so as not to “compromise any future trial.” By this time, the reward offered in the case was set at $41,000.

On July 17, officers distributed a composite sketch of someone who, at that time in the investigation, was sought as a person of prime interest in the murders. It had apparently been drawn by police from eyewitnesses to a certain hiker of the Delphi Historic Trails on the day that the girls vanished.