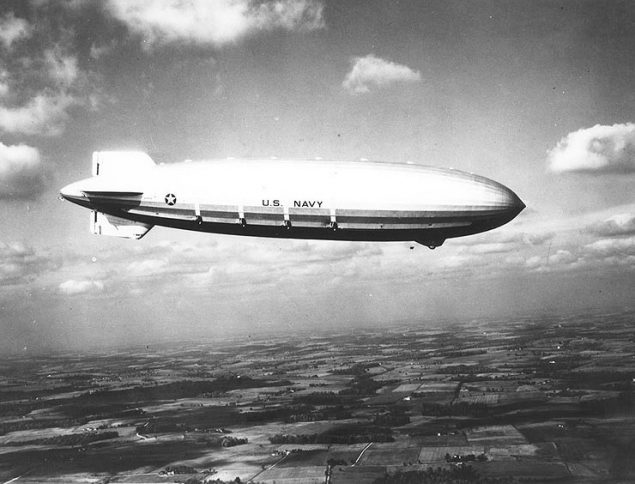 The US Navy’s Akron, “Queen of the Skies,” was one of the largest dirigibles ever made. Rumors that the craft was jinxed circulated even before its maiden flight in August 1931. It was said that a Hungarian communist worker had spat on the rivets of the giant metal superstructure to loosen them. The authorities scotched this claim with a thorough investigation, but the “jinxed” label stuck.

Twice the great airship broke loose from its moorings. Then the navy scheduled a cross-country flight. Approaching San Diego on May 11, 1932, the Akron was forced to make an emergency landing. Again the dirigible broke its moorings and dragged three inexperienced ground crew into the air. Two plunged to their deaths, but the third was hauled safely back into the ship.

A year later, on April 3, 1933, when the Akron made its fifty-ninth and final flight, a sailor named Richard “Lucky” Deal was among the crew. In 1925 Deal had been replaced on a scheduled trip in the airship Shenandoah just before takeoff. During the flight the crew compartment of the Shenandoah suddenly broke free and fell to earth, killing 14 crew members. Deal was promptly nicknamed “Lucky.”

Despite deteriorating weather conditions, the Akron’s scheduled early evening flight from its home base at Lakehurst, New Jersey, to Newport in Rhode Island went ahead. Apparently Rear Admiral William Moffett, chief of the navy’s Bureau of Aeronautics, insisted on this show of confidence. By 8 PM the airship was being buffeted by a storm and the radio went dead. Lieutenant Commander Herbert Wiley recommended flying west over land but Commander Frank McCord sent the airship out to sea, hoping to circle in ahead of the raging storm center.

Under the growing strain the main girders buckled, sending the ship crashing into the ocean. Admiral Moffett drowned in the icy Atlantic waters with 72 others. Four men were picked up by a passing oil tanker but one died shortly after. Wiley and a metalsmith named E.L. Erwin lived. The third survivor of the Akron was Richard “Lucky” Deal.