Built in 1868, the Lemp Mansion in Benton Park, St. Louis, Missouri, boasted a cave where the Lamp family brewed their own beer. In 1901, William J. Lemp was left devastated when his fourth son Frederick Lemp died of ill health. In 1904, William committed suicide by gunshot, and William J. “Billy” Lemp, Jr. took over the family business. In 1920, Elsa Lemp Wright, the youngest Lemp child, shot herself following her divorce. As a result of Prohibition, the family brewery was sold at auction after hitting hard times, and Billy Jr. also shot himself in 1922. Years later, in 1949, Charles Lemp, the third son, shot himself in the head after killing the dog. The only surviving son, Edwin Lemp, died of natural causes, and his dying wish was for every family heirloom to be destroyed.Not surprisingly, the Lemp Mansion, now a restaurant and inn, is said to be haunted.[4] One legend is that there was another Lemp son who was born deformed and hidden away in the attic—his spirit is believed to haunt and torment the house.

Once the home of a famous beer baron and his family, St. Louis, Missouri landmark Lemp Mansion is now a favorite destination for ghost hunters, and for good reason: in 1980, Life magazine named the house one of the “Ten Most Haunted Places in America.”

The house was built in 1868 and bought in 1876 by William Lemp Sr., who had taken over the family’s brewing business after his father’s death in 1862. It was later expanded to the luxurious estate seen today. The building also contains many secret passageways, some of which linked the house (which also served as Lemp’s business office) with the nearby brewery. 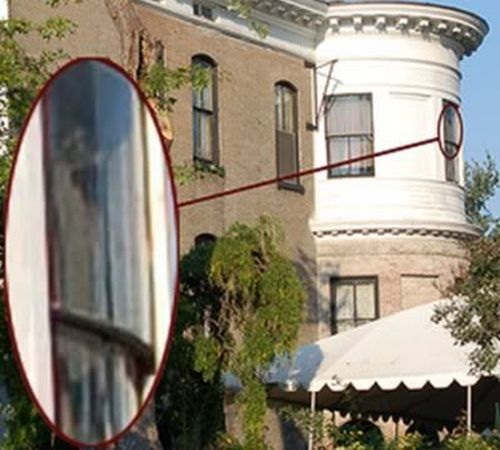 When William Lemp Sr.’s son Frederick died of a heart attack at age 28, the family’s legacy of misfortune began. Further tragedies took their toll on William Sr., who took his own life in 1904, just three years after his son’s death. More tragedies followed, including the death of William’s mother from cancer and the apparent suicide of Elsa Lemp Wright in 1920 under mysterious circumstances. The arrival of Prohibition led to the brewery’s closing, after which William Jr. also committed suicide. The tragedy didn’t stop there: William’s son Charles, an eccentric recluse given to extreme depression, shot himself in 1949… and left cryptic instructions that his body be buried in a secret location. To this day, no one knows why.

It’s no surprise that a home with such a grim legacy would become the focal point for alleged supernatural activity, and it wasn’t long before the mansion developed a reputation for being not just haunted, but extremely haunted. It was turned into a boarding house, but business was disrupted by tenants’ complaints of strange nocturnal noises. It was bought in 1975 and converted into a restaurant and inn, which is still in business today… but even during the renovation, strange phenomena plagued the workers, scaring some of them away for good.

Yes, you can still reserve your very own room here, but bear in mind that strange happenings are still being reported by the staff, including objects flying across rooms, unexplained sounds and ghostly apparitions –