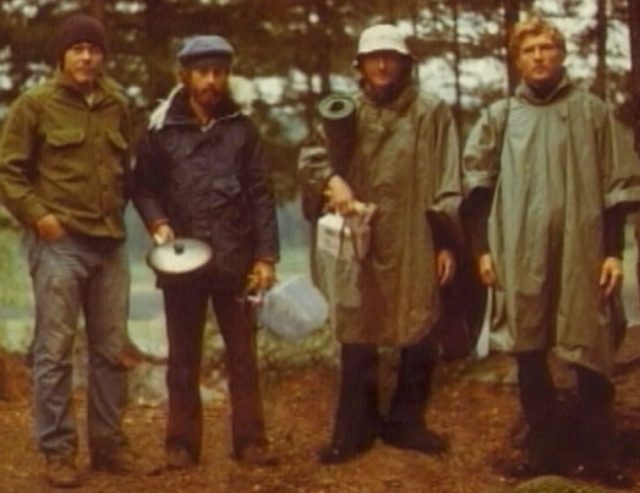 This case involves four credible witnesses. In 1976 four buddies: Chuck Rak, Charlie Foltz, and Jack and Jim Weiner decided to take a camping trip. All the men were students majoring in art. They left on August 20, a Friday evening, and drove out of Boston to a remote area, a lake on the Allagash Waterway.

When they arrived at the lake they set up camp on the lake’s beach. They built a large bonfire which they knew from experience would last about between four and five hours. Then they hopped into the two canoes they had brought and headed out to do some night fishing. It was pitch black out on the lake and they planned on using the bonfire as a beacon to find their way back to the campsite.

Shortly after moving to the center of the lake, Chuck got a strange feelingÑas if someone were looking at him. Turning around, he saw a huge ball of light hovering about two hundred feet above a distant section of the lake. Chuck pointed at the object and said, “Hey, look!” The others turned to see a bright, perfectly round sphere of light pulsating and changing colors.

Charlie grabbed a flashlight and blinked it on and off at the object. The sphere, which had begun to slowly rise up, immediately stopped. Then it slowly headed towards Charlie and his buddies, growing in size as it approached.

The guys panicked and began rowing for their lives, not knowing what this strange glowing thing was. As they furiously paddled, a hollow cone of pale blue light shot out of the sphere and began advancing on the water towards their canoes. At that point they all blanked out.

The next thing they remembered was being back on the beach and getting out of their canoes. The object was still hovering overhead. Standing there, dazed, they looked at the object for two or three minutes before it shot off at super speed, straight up into the night sky, and disappeared.

All four men felt strange and disoriented. Despite the appearance and disappearance of a very strange object, none of them felt like talking about it. They did, however, notice that their bonfire had burned down completely, leaving only a few hot embers. To their knowledge, they had only been gone for about thirty minutes. The fire should have lasted at least four hours. This later turned out to be a classic case of “missing time.”

Strangers in the Bedroom

Several years later Jim Weiner suffered a head injury. The injury caused a form of epilepsy known as tempero-limbic epilepsy. As part of his treatment he was asked if he was having any strange experiences. Jim then stated that he was having very strange and life-like dreams. He also frequently awoke to find strange creatures in his room at the foot of his bed. Jim’s doctor referred him to Raymond Fowler, a serious UFO researcher. 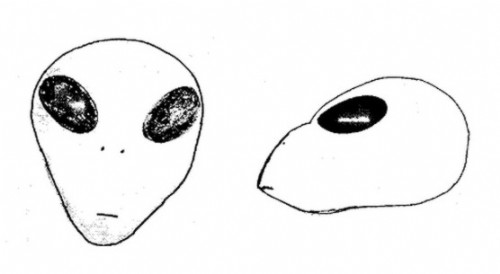 Fowler had Jim hypnotically regressed, and the whole story about his camping trip to the Allagash Waterway came out. Jim and his three buddies had been picked up on the lake by the beam of light that had followed them. They were all taken aboard a spacecraft. They were examined and had samples of blood, semen, and urine taken. Skin, hair, and nail samples were taken as well.

All four witnesses to the Allagash incident confirmed the experience of the others. All their descriptions matched. All the men were artists and were able to provide detailed drawings of what they had seen. The drawings included the alien beings, the surroundings, and the instrumentation used for their examinations.

The aliens were particularly interested in Jim and his twin brother Jack. It turns out that these twins had been abducted almost since birth. Years later in May 1988, Jack was abducted again along with his wife, Mary. Jack recalls that they were literally “floated out of the house and across the lawn” to a waiting craft.

Shortly after Jack and his wife were abducted, Jack found a strange lump on his leg. It seemed to appear out of nowhere overnight. Jack’s family physician was concerned that the lump might be cancerous and arranged to have a surgeon remove it. When the surgeon went in he found a small, strange-looking object. Since he didn’t know what it was and had never seen anything like it, the surgeon sent it to the Center for Disease Control in Atlanta.

The Air Force Steps In

Later, in trying to find out what happened to the removed object, Jack discovered it was sent to a military pathologist in Washington, D.C. From there a United States Air Force colonel took control of it, and it was never seen again. When Jack went to ask the surgeon more about the object, the surgeon stonewalled him and refused to talk about it even though Jack had been his patient.