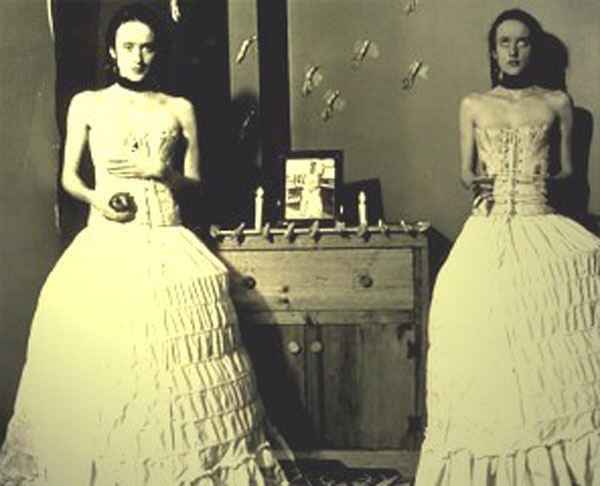 Emilie Sagee never saw her doppelganger. Everyone else did, though.

American writer Robert Dale Owen who was told the story by Julie von Güldenstubbe, the second daughter of the Baron von Güldenstubbe. In 1845, when von Güldenstubbe was 13, she attended Pensionat von Neuwelcke, an exclusive girl’s school near Wolmar in what is now Latvia.

Sagee worked in an exclusive girls’ school. She was a very good teacher, but for some reason she kept moving from one job to another. In 16 years, she had changed positions an impressive 19 times. In 1845, the school found out why. Sagee was allegedly the center of some very strange doppelganger activity. Her spectral twin was first seen during a class, as 13 students witnessed the doppelganger standing by Sagee’s side and mirroring her movements.

Next, it stood behind her as she ate, pantomiming her movements. Sagee herself was completely oblivious to the apparition, despite the fact that everyone else could see it clearly. However, she did become strangely groggy and powerless during the times the doppelganger manifested, and the wraith was often seen doing things Sagee later said she had been thinking about at the moment, suggesting that she may have had some subliminal control over it.

Soon, the doppelganger ventured beyond Sagee’s immediate vicinity. At first, it appeared to a classroom full of students, sitting calmly in the teacher’s chair while Sagee herself was outside, working in the garden – The account goes like this:

witnessed by nearly 50 persons, the students were intently working in their sewing class while another teacher sat at the front of the room reading a book. Outside the window, the students could see Emilee working in the garden. The supervising teacher stood up and left the room. Seconds later, Emilee walked in and sat down in the empty chair. Students thought nothing of it until one gasped and pointed out the window where Emilee was still working diligently in the garden. Two of the students stood and approached the doppelganger and being quite brave, reached out and touched it. They said it looked just like Emilee Sagee in all aspects except when they ran their hands through the entity, they said it felt empty, like the stuff cobwebs are made of. Later Emilee Sagee had told school officials that she indeed had been outside picking flowers in the garden. She had not seen the doppelganger (in fact, Emilee never once saw her twin) but had in fact, wished to herself that she was in the classroom supervising the sewing class. School officials noted in their documentation that each time the doppelganger appeared to them, the real Emilee appeared lethargic and listless.

The few people who dared to approach the doppelganger found they could pass through it, yet it had a texture that reminded them of thick fabric. Time went by and the apparition became a permanent fixture of the school’s life, freaking people out on a regular basis. The girls’ concerned parents started removing their children from the school.

Although Sagee was a model employee on all non-paranormal accounts,the headmistress had no option but to fire her and her ghostly double. Parents complained about the ghost and Emilee was summarily dismissed from her job. 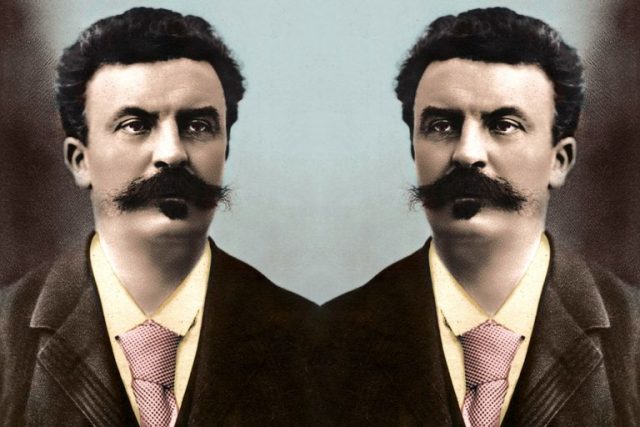 The French novelist Guy de Maupassant was inspired to write a short story, “Lui?” (“He?”) after a disturbing doppelganger experience in 1889. While writing, de Maupassant claimed that his body double entered his study, sat beside him, and began dictating the story he was in the process of writing. In “Lui?”, the narrative is told by a young man who is convinced that he is going crazy after having glimpsed what appears to be his body double.

For de Maupassant, who claimed to have had numerous encounters with his doppelganger, the story proved somewhat prophetic. At the end of his life, de Maupassant was committed to a mental institution following a suicide attempt in 1892.

The following year, he died. It has been suggested that de Maupassant’s visions of a body double may have been linked to mental illness caused by syphilis, which he contracted as a young man