The Taman Shud Case, also known as the Mystery of the Somerton Man, is an unsolved case of an unidentified man found dead at 6:30 a.m., 1 December 1948, on Somerton beach in Adelaide, South Australia.

A body is found

When the police arrived, the body was lying on the sand with its head resting on the seawall, and with its feet crossed and pointing directly to the sea.

The police noted no disturbance to the body and observed that strangely, the man’s left arm was in a straight position and the right arm was bent double.

An unlit cigarette was behind his ear and a half-smoked cigarette was on the right collar of his coat held in position by his cheek.

A search of his pockets revealed an unused second-class rail ticket from the city to Henley Beach, a used bus ticket from the city, a narrow aluminium American comb, a half-empty packet of Juicy Fruit chewing gum, an Army Club cigarette packet containing Kensitas cigarettes, and a quarter-full box of Bryant & May matches.

Discovery of the mans suitcase

A new twist in the case occurred on 14 January 1949, when staff at Adelaide railway station discovered a brown suitcase with its label removed, which had been checked into the station cloakroom after 11:00 a.m. on 30 November 1948.

In the case were a red checked dressing gown, a size seven, red felt pair of slippers; four pairs of underpants, pyjamas, shaving items, a light brown pair of trousers with sand in the cuffs, an electrician’s screwdriver, a table knife cut down into a short sharp instrument, a pair of scissors with sharpened points, and a stencilling brush, as used by third officers on merchant ships for stencilling cargo.

Also in the suitcase was a thread card of Barbour brand orange waxed thread of “an unusual type” not available in Australia—it was the same as that used to repair the lining in a pocket of the trousers the dead man was wearing.

All identification marks on the clothes had been removed but police found the name “T. Keane” on a tie, “Keane” on a laundry bag and “Kean” (without the last e) on a singlet, along with three dry-cleaning marks.

Police believed that whoever removed the clothing tags purposefully left the Keane tags on the clothes, knowing Keane was not the dead man’s name.

-His pupils were small
-His spleen was firm and 3x larger than it should have been
-His liver was congested with blood and distended
-His stomach also has blood as well as the remains of his final meal, a pasty, which was tested for traces of poisoning

Despite the suspicion of death by poisoning, the tests came back negative.

Around the same time as the inquest, a tiny piece of rolled-up paper with the words “Tamam Shud” printed on it was found deep in a fob pocket sewn within the dead man’s trouser pocket.

Public library officials called in to translate the text identified it as a phrase meaning “ended” or “finished” found on the last page of the Rubaiyat of Omar Khayyam.

The paper’s verso side was blank. Police conducted an Australia-wide search to find a copy of the book that had a similarly blank verso, leading a man to reveal he had found a very rare first edition copy of Edward FitzGerald’s 1859 translation of The Rubaiyat, published by Whitcombe and Tombs in New Zealand, in the back seat of his unlocked car that had been parked in Jetty Road Glenelg about a week or two before the body was found.

The man who brought in the book said he and his brother had been driving around one evening, and parked their car near Somerton beach. The man had discovered the copy of the Rubaiya on the back seat of his car, but assuming it was his brothers, just put it in the glove box and thought nothing of it.

It was only when he saw the news report that he came forward with the evidence.

The book was tested and it was indeed the exact book the police had been searching for.

They discovered that it had been printed in New Zealand by a chain called Whitcombe & Tombs. However, the chain revealed that the copy they printed was slightly different to the one the police had in their custody. Their print had a similar cover, but had not been printed in that format.

The same print could not be found anywhere else in the world.

The Somerton man’s copy of an extremely popular book seemed to be totally unique.

In the back of the book were faint pencil markings of five lines of capital letters with the second line struck out. The strike out is now considered significant with its similarity to the fourth line possibly indicating a mistake and thus, possible proof the letters are code:

Next to the code was an unlisted phone number.

The phone number led police to a woman, now known to be Teresa Johnson née Powell, but referred to as ‘Jestyn’, a former nurse who worked at the Royal North Shore Hospital during the war. She told police that gave a copy of The Rubaiyat to a soldier she had an affair with in 1945 named Alfred Boxall.

In 1948, Boxall contacted her, but she replied that she was married. A man also asked her neighbour about her, but it is unknown if this was Boxall. When she saw the body, she was taken aback, but claimed she did not recognise him.

This is despite Jestyn living in Glenelg at the time the body was found, only 400m from the place of death.

Despite consistently claiming she was married, and telling police she did not want her husband embarrassed as a way of keeping herself anonymous, it turned out she was only wed in 1950.

It appeared as though the mystery was solved; however, Boxall was later tracked down, with his copy of The Rubaiyat in possession, “Tamam Shud” intact.

In 1945, a Joseph Marshall, brother of future Singaporean Chief Minister David Marshall, was found dead in Mosman. A copy of The Rubaiyat was found open on his chest. Another copy of the same edition was never found. Jestyn worked next to the place the body was found, and gave Boxall a copy of the book two months after the death. A woman who testified at the inquest was found dead 13 days afterwards with slit – face down in her bath.

In 1949, a two year old was found dead in a sack near Somerton Beach, next to his unconscious father; the mother later claimed a masked man harassed them, possibly in connection to the father’s investigation of the Somerton Man.

Dental records and fingerprints revealed nothing of worth, and over 250 ‘solutions’ to the case have been tried by police over the years, including identifying the body as one E.C. Johnson – a theory that was disproved when the ‘dead’ man walked into the police station alive and well.

Theories of spies and suicide by untraceable poisons abound, but nobody has ever identified the Taman Shud Man.

Rumours suggest that the man was a spy, either for the Americans or the Soviets. The place of death was close to Woomera, an intelligence gathering area. The suggestions of espionage, intertwined with love and lost loves, and the unbroken code, still arouse interest from the public. The case of the Somerton Man remains Australia’s greatest mystery, and yet it appears we are all condemned to remain in suspense. 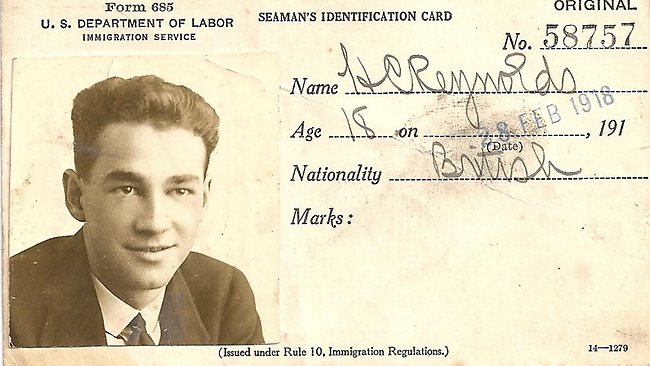