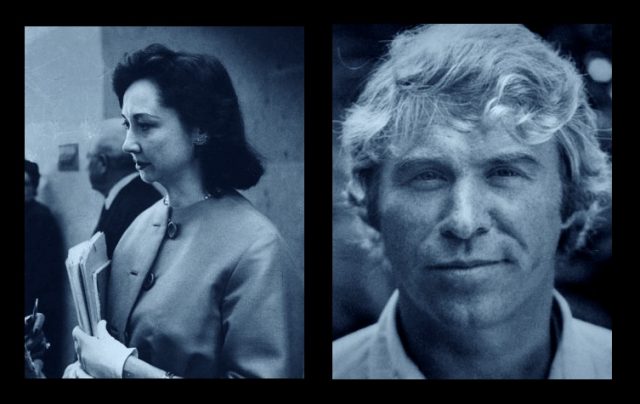 Writer, Danny Casolaro was found dead on 10th August 1991 he was found submerged in a bathtub in Room 517 of the Sheraton Hotel in Martinsburg, West Virginia, his wrists slashed 10–12 times

The official verdict was suicide.

At about noon on August 10, 1991, housekeeping staff discovered Casolaro naked in the bathtub of Room 517. His wrists had been slashed deeply. There were three or four wounds on his right wrist and seven or eight on his left. Blood was splattered on the bathroom wall and floor; and according to Detectives Ridgeway and Vaughn, “the scene was so gruesome that one of the housekeepers fainted when she saw it

At the time of his death, he was investigating a sprawling criminal conspiracy he labelled ‘The Octopus’.

The exact nature and extent of Casolaro’s Octopus, or whether it existed at all has been subject to much debate and speculation since.

The cause of Casolaro’s death itself was disputed, with many authors and investigators regarding the suicide verdict with scepticism, leading to suspicions that Casolaro was silenced because of what he had discovered about The Octopus.

Had Casolaro stumbled upon a vast criminal conspiracy?

Danny’s brother said he had warned him before his death: “If anything happens to me, don’t believe it’s an accident.” Other friends and family members confirmed that Danny had spoken of threats on his life in the months before his demise.

Casolaro’s starting point for his investigation was a real criminal case, that of a wide-ranging Washington scandal involving allegations that the US Government had stolen software company Inslaw’s PROMIS program and added illegal back doors in order to spy on foreign governments.

Casolaro called his conspiracy ‘Octopus’ for a reason, as he followed the trail from PROMIS to reveal a much larger story, one that encompassed such seemingly disparate events as the October surprise, the collapse of bank BBCI and the illegal drugs and arms trade, all orchestrated by a secret cabal of global elites.

Whilst the full extent of Casolaro’s Octopus is in dispute, it is based on several real events.

Casolaro was found dead in a hotel bathtub, seemingly having slit his wrists and bled to death. However, friends, family and some investigators immediately doubted the verdict.

The missing file and notes

Suspiciously, the large accordion file with Casolaro’s notes and evidence was missing.

Casolaro had also been complaining to friends about anonymous death threats he had been receiving. On one occasion, his housekeeper fielded multiple calls in the space of a few hours, one in which a voice said he was going to cut Casolaro’s body up and “throw it to the sharks”.

Paramedics and medical professionals found problematic details in the suicide.

One pathologist who studied the autopsy noted the lack of hesitance marks and the savage, deep nature of the cuts to Casolaro’s wrists as been highly unusual.

This was echoed by an attending paramedic who told investigators :

“I’ve never seen such deep incisions on a suicide… I don’t know how he didn’t pass out from the pain after the first two slashes.”

The toxicology report also came under scrutiny. Antidepressants were found in Casolaro’s blood, yet he had no history of depression and had never been prescribed the drugs