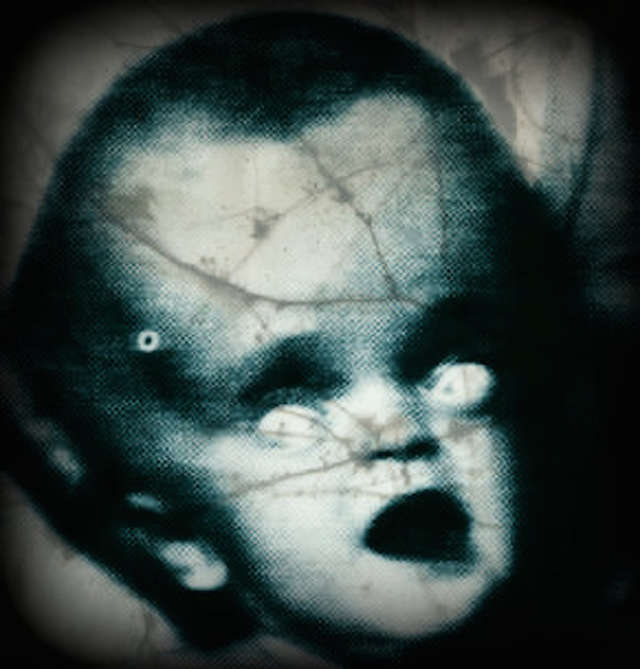 The Melon Heads are a group of small cannibals with unusually large heads who are said to roam certain forests in Michigan’s Lower Peninsula. According to the most common legend, the Melon Heads were once children who suffered from hydrocephalus, a medical condition causing an excessive amount of liquid around the brain that may enlarge a person’s head.

The local lore of Allegan County suggests that some hydrocephalic children were confined to the Junction Insane Asylum after World War II.

There, researchers subjected the children to cruel medical experiments to try to relieve their condition.Nothing worked, however, and the children grew into mentally deficient mutants. After the asylum was closed, the deformed children were either released or escaped into the woods. Since then, they have lived around the ruins of the asylum. They interbreed with one another and attack and eat any normal people who wander into their territory. Specifically, the ruins are said to be located on the property of the Felt Mansion, a building which was once used as a Catholic seminary school and later a prison. Despite reports of late-night visitors claiming to hear strange noises and see small silhouettes in the area, the Allegan County Historical Society has reported that Junction Insane Asylum never existed.In fact, the legend of the Melon Heads might have originated when the Felt Mansion was known as the St. Augustine Seminary.

The students there were taunted by some locals as “melon heads” because the school was private. Other locals disliked the place due to religious differences.Still, the legend of the Melon Heads persists. Allegedly, they can also be found in Ohio and Connecticut.