The haunted wedding dress once belonged to Anna Baker, who was the daughter of rich iron magnate, Elias Baker. Since Anna’s father had so much money, she had everything that she could ever wish for, except true love. Her father had made it clear that when Anna married, it would have to be to someone of her own social standing.

In other words, he had to be rich. However, Anna fell head-over-heels for a low paid worker at her father’s blast furnace and Elias was none too happy about it. He forbade her from marrying her one true love, and as a response, Anna decided she would never marry and died an old maid. Because she couldn’t marry her one true love, she was unable to wear the dress that she and her mother had picked out for such an occasion. Up until recently, Anna’s dress was displayed at the Blair County Historical Society’s museum in her old bedroom. The dress was kept in a big box made out of glass, where it has been said to sway and move from side-to-side, all on its own.

150 years ago Jacob Cooley ordered his African American slave Hosea to build a chest for his first child. Hosea set to work, crafting a wooden chest of some remark. For some unknown reason his master was displeased with his efforts and beat his slave to a pulp, killing him. Cooley’s other slaves vowed to avenge the death of their friend and sprinkled the dried blood of an owl in the chest and had a ‘conjure man’ curse the chest. As if by magic, Cooley’s first born died in infancy and over the forthcoming years a total of seventeen deaths were attributed to the chest. Eventually the curse was lifted by a ‘conjure woman’. The chest can be found in the Kentucky History Museum in Frankfort. 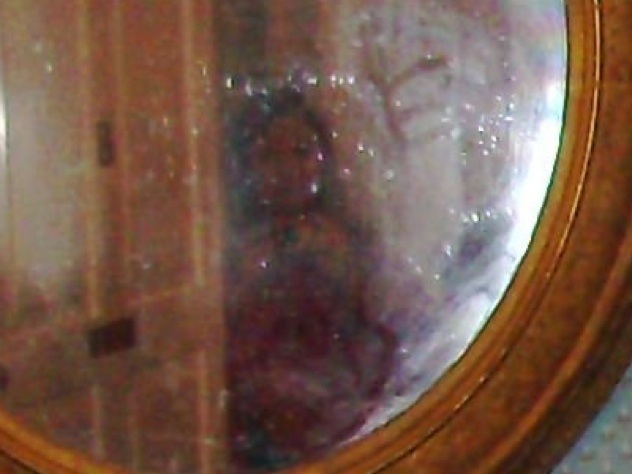 Myrtles Plantation can be found on the outskirts of Baton Rouge, Louisiana. Down the years this 200-year-old, 10-acre plantation has served as a family home but these days it’s run as a bed and breakfast—and is a hotspot for paranormal tourists.

Every night at 3am a total of 15 ghosts come out to play. Four of these ghosts come from one tragic tale—that of the Woodruff family and a young slave named Chloe.In 1817, Sara Mathilda inherited the plantation from her father. She moved in with her husband Clark Woodruff and their three children. Clark decided to bring one of his slave with him from his own home—Chloe. One evening, when Clark caught Chloe eavesdropping on one of his private conversations he cut off her ear.

From that day on Chloe would wear a green turban to cover up her mutilation. Chloe, to win back the trust of her owner so she would not be sent to toil in the fields, hatched a plan. She made a birthday cake for the Woodruffs’ eldest daughter but spiked it with oleander leaves—a poisonous plant found on the plantation.

The family would become sick and Chloe, knowing the antidote, would be on hand to nurse them back to health and in doing so get back in her master good books—or that was the plan, at least. In actual fact, Chloe got her dosage wrong and Clark’s wife and two of his children died of poisoning. Distraught by her actions, Chloe confessed to the other slaves who panicked, believing they’d be blamed for hiding the culprit, hanged Chloe and threw her lifeless body in the Mississippi River. Creepy already, right? It’s about to get a whole lot creepier.

According to fable there’s an old Southern tradition stating that when a family member dies, all the mirrors in the home must be covered up so that the soul of the deceased will pass on to the next world and not become trapped in a reflection of this world. As was the norm, on the night of the tragic poisonings all the mirrors in the house were covered up—except one. Aside witnessing a ‘dark-skinned’ ghost with a ‘turban’ on her head wondering the plantation, visitors to the bed and breakfast are also shown an ornate mirror inside the home where the souls of the mother and children are said to be trapped.

Some claim to see handprints, others the faces of children but one thing’s for sure, it’s not the mirror you’d want to regularly do your hair in. On a side note, when Clark learned of the fate of his family he surrounded the house with myrtle crepe trees, hence the plantation’s name.