One evening in 1974, building workers in Indianapolis employed by the Dowling Construction Company securely locked up the site, leaving a steel demolition ball dangling from a crane more than two hundred feet above the ground. When the operator arrived for work the following morning, he climbed the crane and took his seat in the cab before he noticed the steel ball was missing. It had completely vanished. A thorough search was made and statewide appeals for information were issued. To this day, police officers are puzzle by the theft. No trace of the demolition ball – at nearly three tons in weight, not easy just to slip into one’s pocket – has ever been found.

At 10:30 PM on the evening of March 9, 1929, Mrs. Locklan Smith heard the sound of screaming coming from the building next door, a small laundry at 4 East 132nd Street in New York. She immediately called the police, who searched the deserted premises until they came across a small, securely locked room at the back. Unable to break in, officers finally managed to gain access by lifting a small boy through a tiny window; he then released the bolts to the door from the inside. In the room lay the body of the laundry owner, Isidore Fink, who had been shot twice in the chest and once through the left hand. Powder burns indicated the gun had been fired at point-blank range, and yet no gun was found in the room.

Isidore had not committed suicide, he had been murdered, although cash in the safe and in Fink’s jacket pocket suggested that robbery was not the motive. At first the police believed the murderer must have made his escape through the window as Isidore always securely bolted the doors from the inside when he worked alone at night. But not only would the window have been too small or awkward to get through (unless the murderer had been a dwarf or a small child), it also did not explain why the killer hadn’t simply unbolted the door and walked out through that instead. Others suggested Fink had been shot through the window, but tests proved the powder burns would only show if the gun had been fired from a distance of a few inches, so unless the murderer had twelve-foot arms, they would have to rule that idea out too. No other clue was ever found, and two years after the death of the unfortunate Mr. Fink, the New York police commissioner, Edward P. Mulrooney, was forced to declare the incident an “unsolvable mystery.” 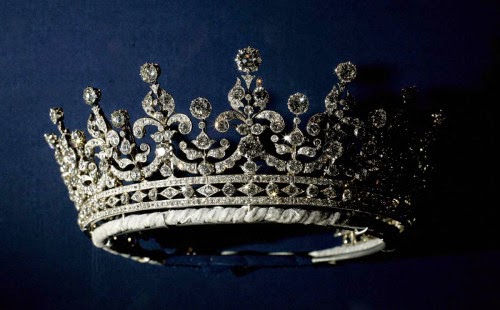 At some time between June 28 and July 6, 1907, a person or persons unknown walked into the strong room of Bedford Tower in Dublin Castle and stole the Irish crown jewels, said to be worth £250,000 at the time. Whoever stole them must have had keys, as no locks were broken and there was no sign of forced entry. How the thieves could have gotten hold of a set of keys is a mystery in itself, as the sole key holder was Sir Arthur Vicars, the Ulster king of arms, who was out of the country at the time. Staff calculated it would have taken between fifteen and twenty minutes to remove the jewels from their individual cases before the thieves made their escape. During this time, none of the four heavily armed guards on duty noticed anything out of the ordinary, and despite a lengthy investigation by Scotland Yard, no trace of the crown jewels has ever been found.