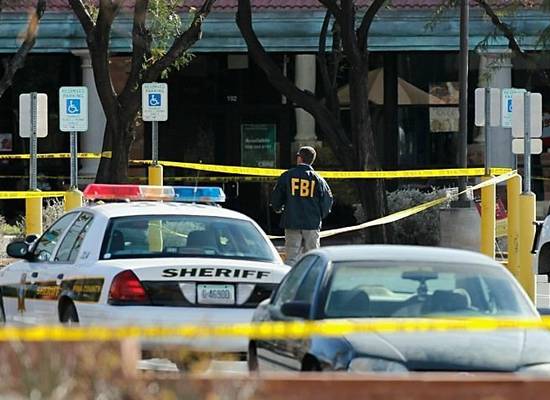 Many UFO researchers working on their research in the 1970s and 1980s died under mysterious circumstances, and may have been killed.

This statement is true not so much for the chasers for unidentified flying objects, but the researchers trying to find extraterrestrial life, including professional astrophysics. Hood’s conclusion was prompted by a 30-year study of this topic.

Famous American astronomer Morris K. Jessup, whose books about intelligent life beyond Earth have become bestsellers, committed suicide. He ended his life by opening an exhaust pipe in his car, locking his door and turning on the ignition. Professor James Edward McDonald, who for many years served as head of the Institute of Atmospheric Physics of the Earth and studied unidentified aerospace objects, put a bullet in his head.

Edward Ruppelt, who led a project for the study of unidentified objects in the skies over the United States, died of a cardiovascular crisis at the age of 37. On November 5, 2001, William Milton Cooper, a famous UFO researcher who has repeatedly accused the U.S. government of hiding the truth about UFOs, was killed by police in his home. Cooper, who clearly suffered from delusion, lived in Yeager (Arizona). He bought weapons in bulk to create units to fight a secret government led by aliens.

Before the incident the police was told that Cooper threatened harmless residents, believing, apparently, that they were chasing him on the instructions of the authorities. The police surrounded the ranch where he lived. He said that anyone who would dare to cross the threshold of his private property will be killed, but the police ignored him. As a result, one policeman was seriously wounded, and the other one had to shoot the researcher as self-defense.

There is also the famous “Sheldon list.” The famous American writer Sidney Sheldon, working on his novel “The End of the World”, drew attention to a series of mysterious deaths among British specialists developing space weapons.

AUTO ACCIDENT–Professor Keith Bowden, 45, computer scientist, Essex University. In March 1982 Bowden’s car plunged off a bridge, into am abandoned rail yard. His death was listed as an accident. MISSING PERSON–Lieutenant Colonel Anthony Godley, 49, defense expert, head of work-study unit at the Royal Military College of Science. Godley disappeared in April 1983. His father bequeathed him more than $60,000, with the proviso that he claim it be 1987. He never showed up and is presumed dead.

SHOTGUN BLAST–Roger Hill, 49, radar designer and draftsman, Marconi. In March 1985 Hill allegedly killed himself with a shotgun at the family home.

DEATH LEAP–Jonathan Walsh, 29, digital-communications expert assigned to British Telecom’s secret Martlesham Health research facility (and to GEC, Marconi’s parent firm). In November 1985 Walsh allegedly fell from his hotel room while working on a British Telecom project in Abidjan, Ivory Coast (Africa). He had expressed a fear for his life. Verdict: Still in question.

DEATH LEAP–Vimal Dajibhai, 24, computer-software engineer (worked on guidance system for Tigerfish torpedo), Marconi Underwater Systems. In August 1986 Dajibhai’s crumpled remains were found 240 feet below the Clifton suspension bridge in Bristol. The death has not been listed as a suicide.

DECAPITATION–Ashaad Sharif, 26, computer analyst, Marconi Defense Systems. In October 1986, in Bristol, Sharif allegedly tied one end of a rope around a tree and the other end around his neck, then drove off in his car at high-speed. Verdict: Suicide.

SUFFOCATION–Richard Pugh, computer consultant for the Ministry of Defense. In January 1987 Pugh was found dead, wrapped head-to- toe in rope that was tied four times around his neck. The coroner listed his death as an accident due to a sexual experiment gone awry.

DRUG OVERDOSE–Victor Moore, 46, design engineer, Marconi Space Systems. In February 1987 Moore was found dead of a drug overdose. His death is listed as a suicide.

ASPHYXIATION–Peter Peapell, 46, scientist, Royal Military College of Science. In February 1987 Peapell was found dead beneath his car, his face near the tail pipe, in the garage of his Oxfordshire home. Death was due to carbon-monoxide poisoning, although test showed that the engine had been running only a short time. Foul play has not been ruled out.

ASPHYXIATION–Edwin Skeels, 43, engineer, Marconi. In February 1987 Skeels was found dead in his car, a victim of carbon-monoxide poisoning. A hose led from the exhaust pipe. His death is listed as a suicide.

AUTO ACCIDENT–David Sands, satellite projects manager, Eassams (a Marconi sister company). Although up for a promotion, in March 1987 Sands drove a car filled with gasoline cans into the brick wall of an abandoned cafe. He was killed instantly. Foul play has not been ruled out.

AUTO ACCIDENT–George Kountis, experienced systems analyst at British Polytechnic. In April 1987 Kountis drowned after his BMW plunged into the Mersey River in Liverpool. His death is listed as a misadventure.

SUFFOCATION–Mark Wisner, 24, software engineer at Ministry of Defense experimental station for combat aircraft. In April 1987 Wisner was found dead in his home with a plastic bag over his head. At the inqust, his death was ruled an accident due to a sexual experiment gone awry.

ASPHYXIATION–Trevor Knight, 52, computer engineer, Marconi Space and Defense Systems. In March 1988 Knight was found dead in his car, asphyxiated by fume from a hose attached to the tail pipe. The death was ruled a suicide.

ELECTROCUTION–John Ferry, 60, assistant marketing director for Marconi. In August 1988 Ferry was found dead in a company-owned apartment, the stripped leads of an electrical cord in his mouth. Foul play has not been ruled out.

ELECTROCUTION–Alistair Beckham, 50, software engineer, Plessey. In August 1988 Beckham’s lifeless body was found in the garden shed behind his house. Bare wires, which ran to a live main, were wrapped around his chest. Now suicide note was found, and police habe not ruled out foul play.

ASPHYXIATION–Andrew Hall, 33, engineering manager, British Aero- space. In September 1988 Hall was found dead in his car, asphyxiated by fumes from a hose that was attached to the tail pipe. Friends said he was well liked, had everything to live for. Verdict: Suicide.

In October of 1986, Professor Arshad Sharif killed himself by tying one end of the rope to a tree, making a loop at the other end, putting his head through it and driving the car away. A few days later another London professor, Vimal Dazibay, jumped head first from the Bristol Bridge. Both of them worked on the development of electronic weapons for the English government program, similar to the American “Star Wars.”

In January of 1987, another scientist, Avtar Singh-Guide, went missing. He was later declared dead. In February of 1987, Peter Pippel was run over by his car in his garage. In March of 1987, David Sands committed suicide by crashing his car into a building. In April of 1987, four developers of space programs died. Mark Wiesner hung himself, Stuart Gooding fell victim of murder, David Greenhalgh fell off the bridge, and Shani Warren drowned. In May of that year, Michael Baker was killed in a car accident.

In a relatively short time, 25 people who worked in the space field died for various reasons. Sidney Sheldon, who discovered this tragic phenomenon, seriously believed that it had to do with aliens.

According to Timothy Hood, these deaths were not accidental, but rather, were the work of special services that eliminated the experts because they knew too much.

In the 1970’s and 1980’s in the United States there were secret UFO research programs such as the “Blue Book”, “Aquarius”, “Area 51”, “Majestic 12”, and GEIPAN. While official data show that most of these projects are now inactive, many conspiracy theorists doubt it. Every now and then “sensational” materials emerge in the media whose purpose is to convince the public that the U.S. government is hiding the truth about human contact with aliens.

Perhaps it has to do not with the aliens but military secrets or falsified facts. In any case, the intrigue remains. The topic of contacts with other civilizations continues to thrill, and the perceived danger makes it even more exciting.

The recent suspicious deaths of UFO investigators John E Mack, Lloyd Pie, Alistair Beckham, Mr.X, Uyrangê Hollanda, Phil Schneider, Ronald Rummel, Dr. Alan J Hynek, Danny Casolaro, Dr Karla Turner, Ron Johnson, Con Routine, Ann Livingston as well as the deaths of a host of researchers in the past and many more, only add emphasis to a reality with which many of the more aware UFOIogists are now quite familiar.

Not only is UFO research a potentially dangerous area, but the life span of the average serious investigator falls far short compared to the national average.