likely to happen this year, and we have no idea if ET will be nice (read our investigation)

Believers cite increasing numbers of UFO sightings, the alleged crash of a disc at Roswell, New Mexico, in 1947 and several seemingly credible photographs and videos of strange craft in our skies as evidence that such a threat is increasing.

Evidence: Photographs, videos, official releases that prove how governments around the world have monitored UFO activity for more than 50 years, stories by abductees and other claims by campaigners. But do any of these suggest that we’re about to be taken over by a race of grey humanoids with large black eyes at any time in the future, let alone in 2013? we think so. 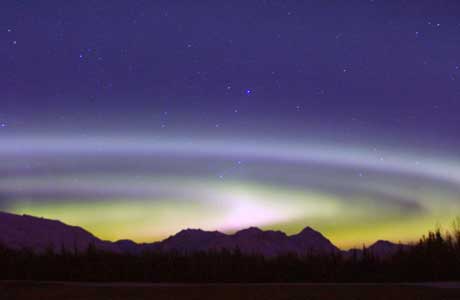 A dramatic reversal of Earth’s magnetic poles is imminent and that it will trigger a reversal of the planet’s rotation and the subsequent catastrophic events.

Evidence: Work by scientists at Princeton University and Paul Sabatier University in Toulouse, France, indicates that Earth did rebalance itself 800 million years ago. They studied magnetic minerals in sedimentary rocks in Norway and found that the north pole shifted by more than 50 degrees (a quarter the distance from pole to pole, in effect) in under 20 million years.

Other scientists have also discovered that seasonal movements in both polar regions do effect the positioning of the poles.

Such a switch could happen in a very short time scale.

Almost as soon as the Second World War in 1945 ended and with a standoff between the Western Allies and the Eastern bloc in place through the middle of Europe, there was rising anxiety that the world would be consumed by another epic conflict.

When Russia exploded its first atomic bomb just two years later, a nuclear arms race between East and West began. The invention of hydrogen (thermonuclear) devices only accelerated the race which peaked in 1962 during the Cuban Missile Crisis when the world came closest to an all-out nuclear exchange between the United States and the Soviet Union.

The build-up of weapons continued throughout the 1970s and 1980s but a dedicated hotline between the Kremlin and the White House and some arms control treaties reduced the threat of an accidental nuclear war. The threat diminished in the 1990s with the collapse of the Soviet Union. Some believe the latest “war games” between North and South Korea will trigger WW3 in May or June 2013

Evidence: Today, the fears of a nuclear exchange centre on the rising power of China and the American response and the possibility of wars between India and Pakistan or North and South Korea escalating into global conflicts.

The reduction of global oil stocks is a reality with the world’s economies consuming – financial collapses excepted – ever-increasing amounts of the black gold.

But peak oil theory centres around supply and demand and postulates that, at some point, demand will outstrip supply. When is this likely to happen? Some believe that it already has while others think that it is likely to happen some time between 2013 and 2018.

Demand for oil outstripping supply would have huge consequences around the world given that most economies are powered by oil, agriculture is completely dependent upon it for fertilisers and pesticides and the plastics industry is based on oil extraction. A collapse in social order following a peak in oil production is, therefore, something to be taken seriously.

Evidence: Peak oil is a near certainty but two questions remain: when will it happen and will the world have developed alternative sources of fuel in time?

A decline in investment in new oil fields and plant during the global recession has only served to emphasise our total dependence upon a finite resource.

In previous decades pollution, soil depletion, the destruction of the ozone layer and an imminent ice age were the ecological catastrophes that faced us.

There is, of course, no doubt that man’s impact upon his environment is getting worse although a large body of opinion believes that global warming is a liberal conspiracy and that the world has actually been cooling over the last decade.

A total environmental collapse brought about by runaway warming, toxic poisoning of the seas of parts of the inhabited areas of the world or a tipping point with some of the most crucial species would have a huge impact upon civilisation and could render parts of the world near uninhabitable.

Evidence: Few scientists dispute that the global average temperature has been rising for at least a century.  NASA scientists have reported that the past decade was the warmest on record, proving that global warming had continued “unabated”.