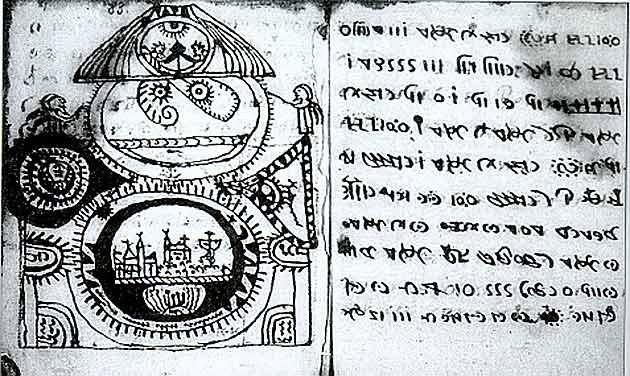 This text from Hungary dates back at least 200 years and perhaps as much as 500. Like the Voynich Manuscript, the text is written in an unknown alphabet which is stubbornly resistant to translation. There is even quite a bit of debate about what direction the words and pages should be read. Most scholars agree that, based on the pictures included, the text is a religious one, specifically Christian. There’s some thought that the final, nail-in-the-coffin translation of this text will be published in the next year or two (but honestly, no amount of “definitive” translation seems to be able to put a mysterious text to bed.)

The Book of Soyga is a refreshing change of pace. It is not untranslated and its age is not in dispute. In fact, there were several centuries when scholars knew about the book, but couldn’t find a copy; now they’ve found two! In fact, these two copies were both hiding in plain sight in cataloged library collections—they had just been recorded under a different name than the one that everybody had been searching under. The Book of Soyga is a 16th century tome of magic that once belonged to John Dee, probably European history’s most famous magician. Have no fear, the book does have a section of ciphers, but they are only one part of the Latin-langage text that covers such metal subjects as spells, angels, and demonology.

This is the youngest of the texts discussed here (only about 150 years old), but it claims to be a record of much older events dating back nearly four thousand years and including wisdom from mythical Atlantis. Written in Old Frisian (an early Germanic dialect), it was recognized as crazy-pants from pretty much the first time anyone translated it, but you better believe that didn’t stop the Nazis from trying to make something of it. The book (which has a good crop of generally nationalist and specifically pro-German components to it) even earned the nickname “Himmler’s Bible” for a time, because of its important role in some forms of Nazi occultism. 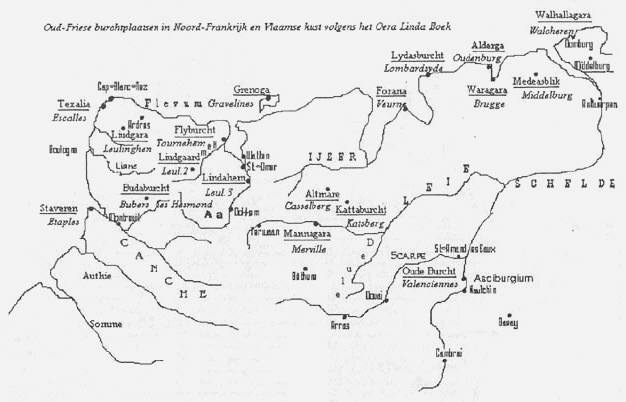 This is the granddaddy of them all. Nicknamed “the most mysterious manuscript” this collection of nearly 250 pages of ciphered writing has been capturing people’s imaginations for 500 years. The text is written in an unknown alphabet that (at least superficially) seems to follow the patterns of a real language. Throughout the text are illustrations of strange plants, zodiac-like astronomical charts, and tiny naked people in interconnected bathtubs (You know, the usual.) The book seems to have passed through the hands of alchemists, botanists, nobles, and priests before ending up in the rare books collection of Yale University, where it lives today.