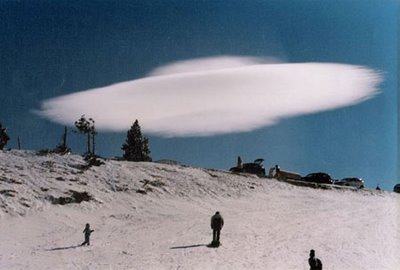 THREE fighter jets were scrambled after frightened residents including British expats spotted a UFO over the Costa del Sol.

35 comments
UFO buzzes off after fly-by

The F18s and a military helicopter skimmed over the holiday hotspots of Marbella and Estepona at 5am today chasing a UFO that had been spotted along the coast.

Witnesses woken by a sonic boom created by the planes reported seeing a “gold, cigar-shaped object” flying off quickly.

James Harnetty, 30, from London, said: “The aircraft were definitely after something. Police said they were baffled too.”

Expat radio host Maurice Boland said: “My grandchildren were crying, the dogs were going mad and lights were going on in houses all over the place.”

Officials declined to comment. But  hours later two Typhoons broke the sound barrier when they were scrambled amid sightings of a golden “sock-shaped” UFO over Malaga.