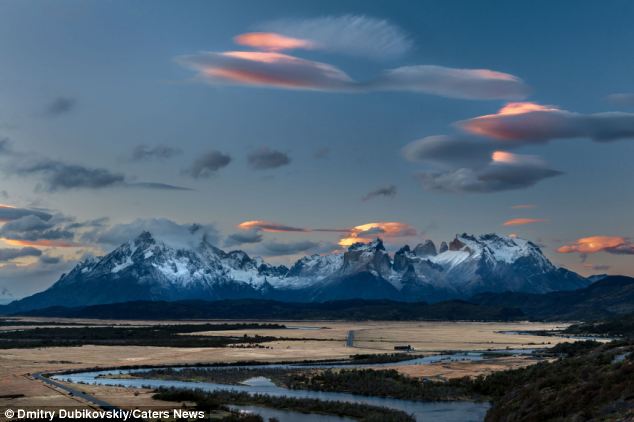 At first glance these images could be mistaken for an imminent alien invasion, but the mysterious ‘UFOs’ seen floating over a mountain range are in fact clouds.

The rare formations – known as lenticular clouds – have been mistaken for UFOs thanks to their smooth, flying saucer-like shape and orange glow.

‘It was a really stunning view,’ he said.

‘Lenticular clouds always look unusual and against teh light of a sunset they look even more magnificent.

‘Whenever I go out for dinner with my friends, they all want to see the pictures and talk about how unique they are.

‘I’ve only seen this sort of phenomenon a few times in my life but each time I see it I think it’s amazing,’ the photographer added.

‘The feeling when I saw the clouds in Chile was similar to euphoria.

‘Despite having to be out in the freezing and gusty wind conditions for a few hours to capture these pictures, it was completely worth it when I saw the finished work,’ Mr Dubikovskiy said. 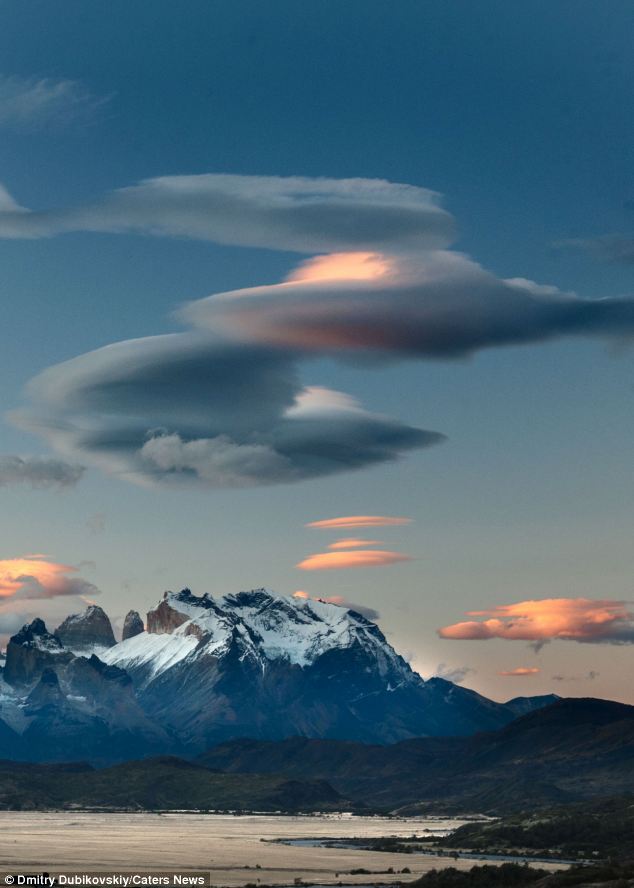 The clouds, which form in areas of high altitude, often baffle onlookers and have sparked fears of alien attacks.

Despite their sinister appearance, the cloud formations are a natural weather phenomenon created when moist air flows over a mountain or mountain range.

If the temperature in the air drops, the moisture condenses forming a spiral-shaped lenticular cloud.

These stunning pictures were captured in Chile by Russian amateur photographer Dmitry Dubikovskiy while he was travelling with friends.

The 47-year-old was ‘euphoric’ when he spotted the rare cloud formations in the skies over Torres Del Paine National Park.