A secretive set of photographs has emerged showing two unidentified objects near a US Navy submarine.
The pictures, which had been withheld from public release for years, are believed to have been taken in 1971 by sailors aboard the USS Trepang submarine during a mission near Iceland.

The very grainy photographs include one of a strange unidentified black triangular object flying low over the water. There is also a series of clearer shots showing a large cigar-shaped object – which appears also appear to crash in to the sea.

The images were allegedly sent to the French Paranormal magazine “Top Secet” by an anonymous source.

‘Explorer Benjamin F. Trueblood related that when he when on a polar expedition in 1908, the Eskimos he met were eager to talk about sighting an unexplained airship. They described in comparative accuracy a cigar-shaped dirigible balloon sailing over Greenland. It was their view that this was the airship being used by Walter Wellman on his mission to fly to the North Pole, though this couldn’t have been possible because he only launched short-lived airship expeditions in 1907 and 1909. 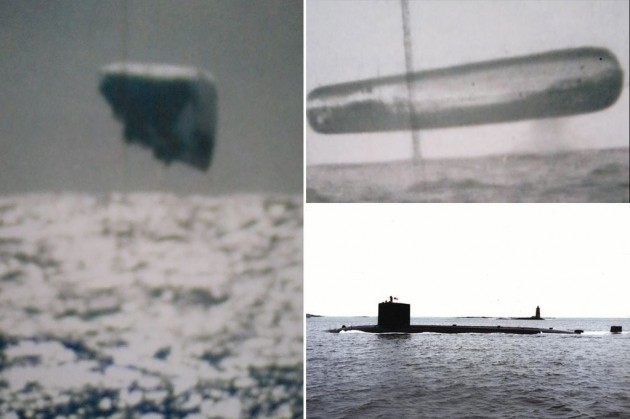 Many of the pictures carry captions which suggest they were ‘meant’ to remain secret, such as ‘Official Photograph. Not to be Released. CT’ 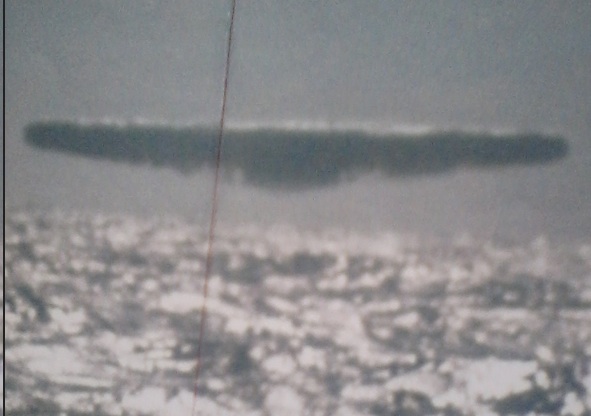 These pictures were supposedly taken by sailors aboard the USS Trepang SSN 674 submarine, but have remained secret until now.