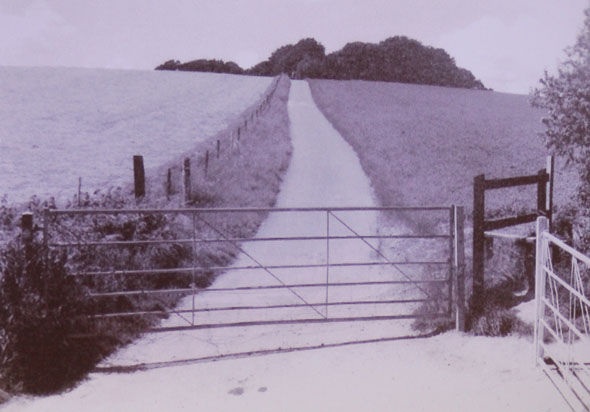 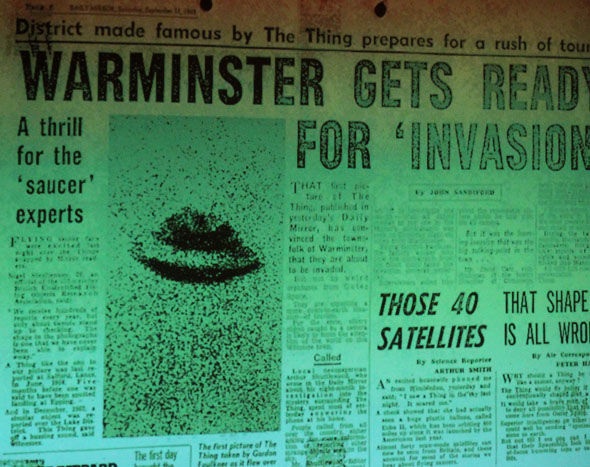 The Warminster case is one of the strangest cases of mass paranormal sightings cases registered in the UK.

Although strange phenomena were recorded in the area prior to 1965, it was in that year that the frequency of reports of mystery noises and sightings intensified.

On August 17, 1965, a “detonation noise” rocked houses on the town’s Boreham Field housing estate before a “monstrous orange flame was seen in the sky, crackling and hissing”.

There were also reports of strange sounds killing flocks of pigeons that year, as had also been claimed 12 months previously in 1964.

The phenomena then became known as the ‘Warminster Thing’ after scores of townspeople reported in late 1965 seeing an array of inexplicable sights in the sky, accompanies by noises and odd occurrences.

Most of the sightings were around the Cradle Hill and Clay Hill areas surrounding the town next to military land on the edge of Salisbury Plain.

Claims of paranormal activities in Warminster go as far back as the 1950s, but it was the sudden flood of reports around Christmas 1965 that a led to a public meeting being held in the town hall.

It was hoped the meeting would lead to answers from authorities about what was happening in the local area, but no explanation was forthcoming and the case remains unresolved today.

After the 1965 public meeting received national then international media interest the town became a gathering point for UFO hunters and investigators, with a series of books also written about the mystery.

Half-a-century on from the bizarre year of 1965, a conference was held in Warminster on Saturday at the Old Bell Hotel to mark 50 years of the mystery.

Several seasoned UFO researchers, who descended on Warminster throughout the 1960s and 70s, spoke at the conference.

UFO investigator Matt Lyons described how many motorists in the Warminster area had reported their cars failing following a UFO sighting or hearing strange noises.

He claimed that evidence of unexplained noises, particularly if caught on tape or camera, were as important as the UFO sightings themselves in solving the Warminster riddle.

Mr Lyons claimed ultrasound and infrared sounds may not be audible to all humans, but could cause animals to react oddly.

He revealed previously unseen files documenting the accounts of witnesses whose cars were affected in and around Warminster.

*August 20 1965: A couple on a motorcycle felt it stall as two white spheres of light hovered overhead, changing colour

*Oct 8, 1965, 12.25am; A woman driving towards Warminster felt her car lose power after seeing a bright orange ball before the vehicle stopped. She then saw a dark object rise from a nearby field, sparking red and blue, before the engine started up again.

*September 7 1965, 8pm: Major William Hill’s car cut out and was “shaken by air vibrations”. He got out and heard a whining, crackling noise.

*Approx. 1967: A businessman driving past Clay Hill felt his car become hot and heard a high-pitched noise before the engine failed. He got out and saw a glowing white disc overhead before it sped off.

*August 25 1975: A serviceman driving near Warminster reported to a police patrol that his car malfunctioned after seeing a bright-red light in the sky