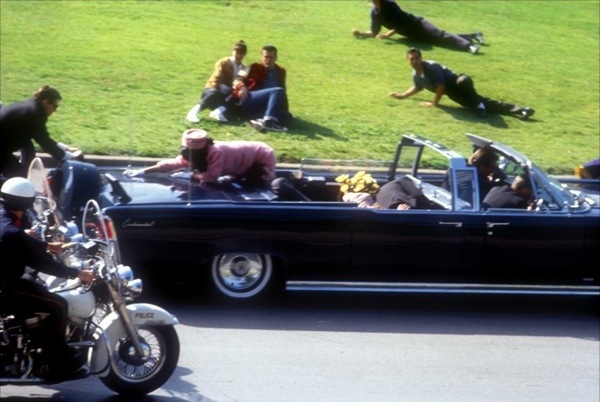 There are still unresolved mysteries surrounding the JFK Assassination that haven’t been adequately explained to this day. Here are five of them.

1. What happened to Mary Moorman’s missing fifth photo in Dealey Plaza? Moorman is known for her famous Polaroid photo that captures the JFK assassination at nearly the precise instant the head shot occurred. What is less well-known, though, is that Moorman took other photos that day. One photo she took moments before the assassination reportedly depicted the sixth-floor window of the Texas School Book Depository. The photo was reportedly turned over to Secret Service agents shortly after the assassination and vanished from sight. It has never been published and it remains missing to this day.

2. Why was Oswald’s handwritten note to FBI agent James Hosty destroyed? Oswald wrote a note to Hosty a week or two before the assassination. Within hours of Oswald’s death on Nov. 24, 1963, the note was torn up and flushed down the toilet by Hosty. Hosty had claimed his superior, Gordon Shanklin, had ordered him to destroy the note. However, Shanklin denied this. The lingering mystery, though, is exactly what the contents of Oswald’s note were and why the note was destroyed in the first place.

read more about this mystery

4. What happened in the mysterious death of Oswald’s friend, George de Mohrenschildt? A noted member of the Russian emigre community in Dallas, De Mohrenschildt became an unlikely friend of Oswald in 1962. He testified at length before the Warren Commission in 1964. In later years, he became increasingly depressed and distraught and believed the CIA was persecuting him. On March 29, 1977, de Mohrenschildt was contacted by an investigator with the House Select Committee on Assassinations, asking for an interview. That same day, de Mohrenschildt was found dead from a gunshot wound. De Mohrenschildt’s death has been called a suicide, but its timing does seem mysterious.

5. Did Joseph Milteer have foreknowledge of the assassination? 13 days before the assassination, right-wing extremist Milteer gave tape-recorded comments to a Miami police informant that eerily predicted key details of the JFK assassination. Milteer claimed that a conspiracy to kill Kennedy was in the works and described a scenario in which the president would be shot “from an office building with a high-powered rifle.” Milteer also predicted that, in the aftermath of the assassination, the police would arrest a patsy “to throw the public off.” Amazingly, the Warren Commission gave very little attention to Milteer’s interview. Milteer remains a shadowy and mysterious figure to this day.