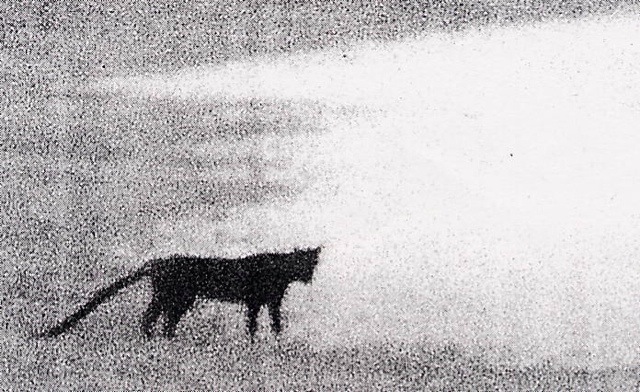 The Beast of Bodmin is a black panther-like creature that is believed to inhabit Bodmin Moor. There have been about 60 sightings recorded in the area since 1983 and experts believe there is a population of big cats in and around Bodmin Moor which became a nerve centre of these sightings and reports of inexplicably slain livestock.

All the talk of dangerous wild cats led Great Britain’s Ministry of Agriculture, Fisheries and Food to conduct an official investigation in 1995. The study’s findings, released on July 19, concluded that there was “no verifiable evidence” of exotic felines loose in Britain, and that the mauled farm animals could have been attacked by common indigenous species. The report did concede, though, that “the investigation could not prove that a ‘big cat’ is not present.”

On July 24 1995, less than a week after the government report, a boy uncovered a startling piece of evidence in Bodmin Moor. Fourteen-year-old Barney Lanyon-Jones was walking with his brothers by the River Fowey at the southern edge of the Moor, when he saw a strange-looking object bobbing in the river’s current. Barney thought it was an oddly-shaped rock until he pulled it out of the water, and discovered that it was a large cat skull. Measuring about four inches wide and seven inches long, the skull was missing its lower jaw but possessed two sharp, prominent incisors that suggested a leopard.