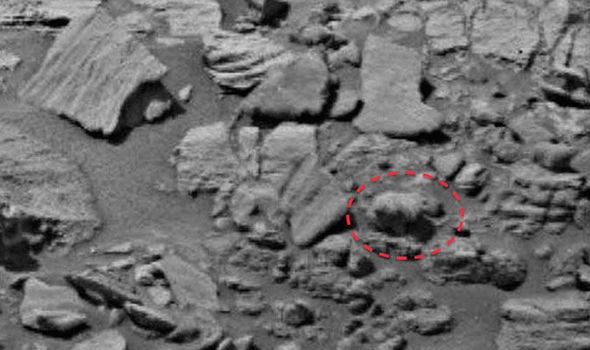 An image taken from Nasa’s online database of Mars photographs “clearly” shows a bear or other four-legged mammal walking on the surface of the Red Planet.

A call for a UN probe has now been asked for!

Most scientists are yet to be convinced by the picture and other such discoveries – they put them down to the phenomena known as pareidolia.

This is when the brain tricks the eyes into seeing familiar things or objects, such as faces and animals in patterns or textures like the surface of a rock.”

They also point out that most of these so-called discoveries also appear to have the same texture and composition as the Martian rocks which surround them.

Nasa does not answer specific questions about these alleged discoveries, but in August the space agency said it believed they were the result of pareidolia. 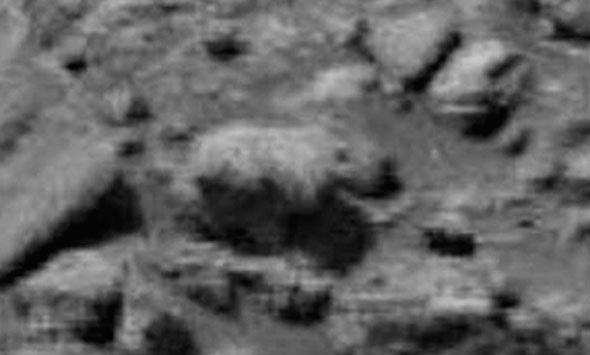 It is now suggested that the picture is an ancient monument left behind by Martians or alien visitors long ago!