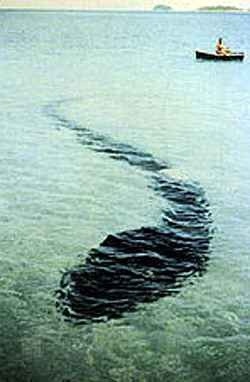 People nowadays assume that this image is a photoshop job unique to the digital age, whereas in fact it’s a classic, much-reproduced image, widely discussed in the cryptozoological literature, and first appearing in print in March 1965 (together with others). It’s Robert Le Serrec’s photo of a huge, tadpole-like creature encountered in Stonehaven Bay, Hook Island, Queensland.

On December 12th 1964, Le Serrec’s wife spotted a strange object on the lagoon floor. It proved to be a gigantic tadpole-like creature, estimated at about 30 ft long. They took several still photos, gradually moving closer. Eventually Le Serrec and de Jong plucked up the courage to approach it underwater in order to film it. It proved larger than first thought, with its estimated length increasing to 75-80 ft. It didn’t move and they suspected it might be dead, but just as Le Serrec began the filming it opened its mouth and made movements toward them. They returned to the boat, and by this time the creature had moved off. 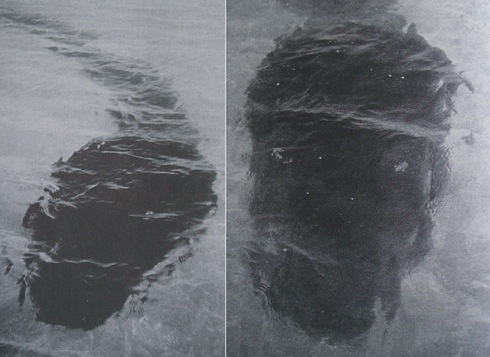