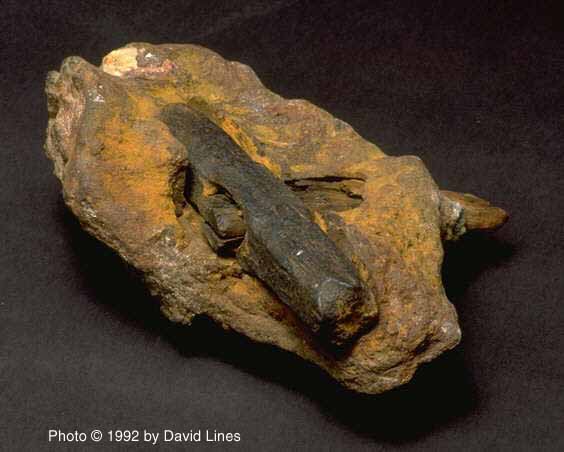 This out of place object was discovered in London, Texas

The London Hammer is a name given to a hammer made of iron and wood that was found in London, Texas in 1936.

In June 1936 (or 1934 according to some accounts), Max Hahn and his wife Emma were on a walk when they noticed a rock with wood protruding from its core. They decided to take the oddity home and later cracked it open with a hammer and a chisel. Ironically, what they found within seemed to be an archaic hammer of sorts. A team of archaeologists checked it, and as it turns out, the rock encasing the hammer was dated back more than 400 million year; the hammer itself turned out to be more than 500 million years old. Additionally, a section of the handle has begun the transformation to coal. Creationists, of course, were all over this. The hammer’s head, made of more than 96% iron, is far more pure than anything nature could have achieved without an assist from modern technology

The hammer is now an exhibit in Baugh’s Creation Evidence Museum, which sells replicas of it to visitors.