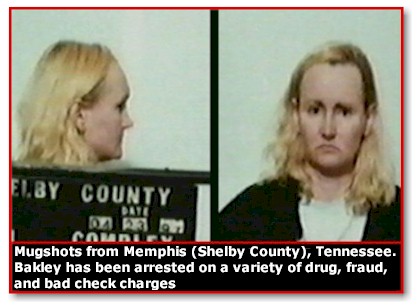 Bonny Bakley was a scam artist if she was anything. Her death came after years of scamming rich men out of their money.

These men had families that received nothing because Bonny took everything she could get. It was no surprise that she was murdered, but the surprised came when Robert Blake was arrested for her murder. The star of “Barrett” was Bonny’s latest conquest. She told him she was pregnant. She hid her past from all of her conquests and never looked back, unless she needed more money. Did Blake put a stop to Bonny’s scams?

Robert Blake was acquitted of all charges that he murdered his wife nor did he solicit anyone to kill her. Do you think “Barrett” could have killed his wife? What would drive a person to kill someone or hire someone to kill them? Bonny had a long list of enemies and anyone could have taken care of her. Christian Brando had a thing with Bonny and she named him as the father of her child. Paternity tests later proved Robert Blake to be the father. Did Brando find Bonny’s upset that disgusting that he had her killed?

If you looked at her address book, you would have had a list of possible suspects. A few were Jimmy Swaggart, Sugar Ray and Robert DeNiro. Bonny was a gold digger that used fertility pills to help her conceive child. She took men for hundred’s of thousand’s of dollars. Jerry Lee Lewis was said to be the father of baby girl Jerry Lee, but she did not name him on the birth certificate. All her children were sent to live with her ex-husband. The ex-husband was raising all these kids. Bonny did make threats against Jerry’s wife. Could he have had a good reason to want her dead?

Her first husband was her cousin. He had a violent nature and took care of the kids while Bonny planned her scams to rip off rich men. Paul Gawron was the perfect role model. Maybe he finally had enough of the kids and the scams. There are to many things to ask when it comes to Bonny Bakley. She made a living ruining people’s lives. She made a living off scamming rich men. Maybe she was on her next victim and no one knew about it. Bonny always seemed to need more money. It is possible that Blake did not fit her new needs. Blake was never really popular with TV or movies after “Barrett”, maybe the money was running low.

The murder of Bonny Bakley is unsolved and may never be solved because the list of suspects is in her little black book. Family, friends and people she scammed are all suspect. Who killed Bonny Bakley? There is one person that knows what happened that night. The killer that stopped Bonny from destroying anymore lives. Some day, some one may need to confess their crime, but until then, it looks like Bonny Bakley’s murder will be unsolved.