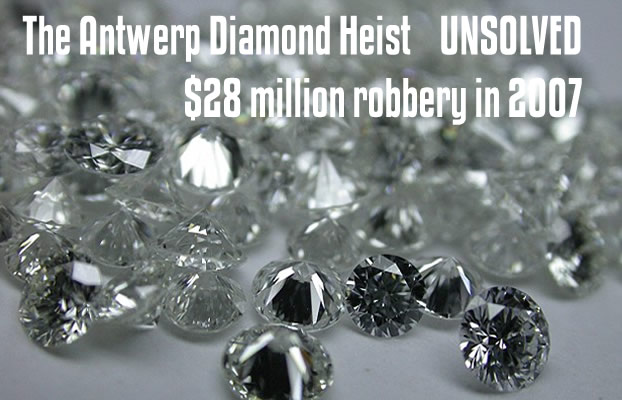 Antwerp, Belgium is one of the diamond capitals of the world, with 80 percent of the world’s diamonds passing through the city before being sold on the market.

A number of heists have taken place there, most recently a still-unsolved $28 million robbery in 2007, but the biggest of them all took place in 2003, when a team of master criminals known as the School of Turin managed to walk away with $100 million in uncut diamonds from the Antwerp Diamond Center vault. For sheer scope, ingenuity, and risk, few robberies will ever measure up to this one. 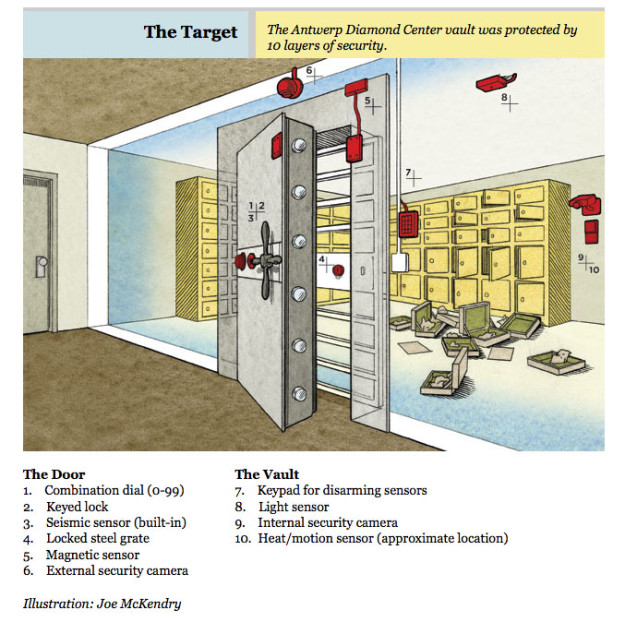 The criminals had been planning the heist for years, and using copied keys and faked security camera footage, they managed to bypass the vault’s multi-million dollar security system, which had been thought to be impenetrable. The thieves escaped without incident, but DNA left at the scene allowed them to be tracked to Italy, where most of the gang has since been captured. The $100 million in diamonds, meanwhile, seems to have disappeared for good.