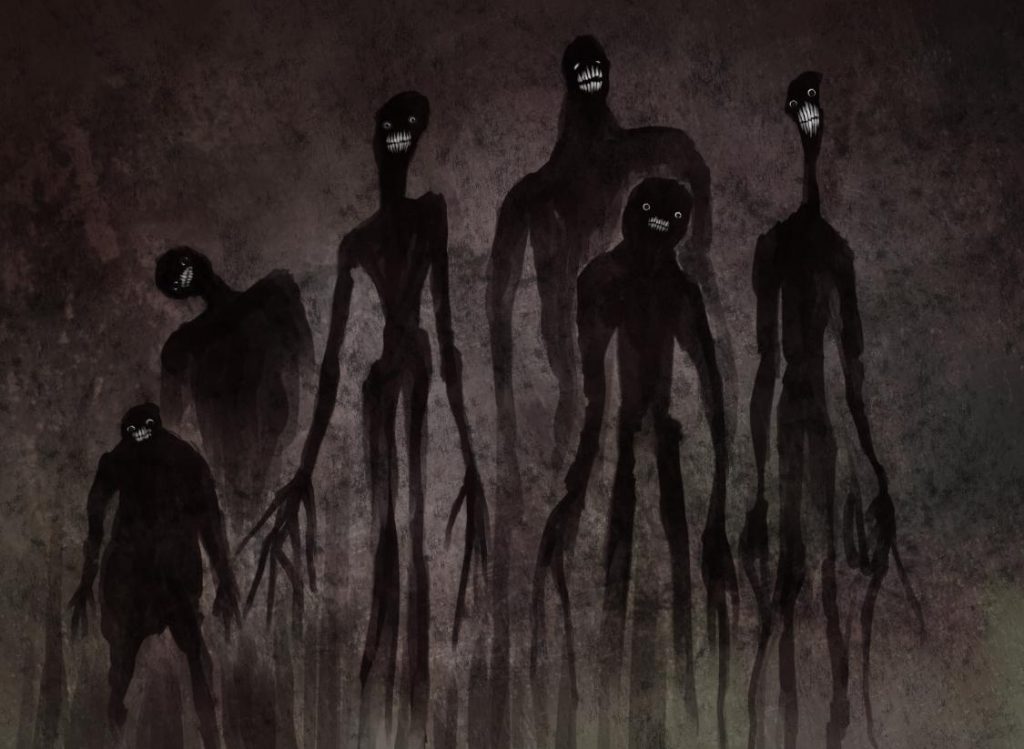 In my research I have come across the urban legend/myth of shadow people, a phenomena that seems to plague many people. These creatures, or whatever they are, look like shadows or silhouette’s of humans and are usually seen out of the corner of your eye and sometimes appear on walls in your house. When you try and look at them head on, they will dart past and disappear into a wall or another room.

One of the most misunderstood entities to be seen, they seem to come out mostly at night and usually hide in dark corners of hallways. They are similar to the legend called Slender Man, an unusually tall dark suited figure that stalks humans and is purported to steal children, according to ancient myths.

But unlike Slender man, which claims to be a legend born through forums on the internet, shadow people are more believable only in the sense that so many individuals of all ages that have claimed to come in contact with this anomaly.

Descriptions of the entities range from a dark dense form taking the shape of a human, to dark hooded figures, whispy or smoky orbs, and even shapes of animals. The main factor is that they are a mass of dark matter that standout as a solid object in the darkness itself. It is said that flashlights cannot penetrate through their shape.

From countless stories that have been told, they hang around humans but do not wish to be seen. That is why they hide behind doors and furniture and why they rush out of sight when spotted. Other times they like to watch as we sleep and have been caught standing over people’s beds or even watching from the ceiling.

It is not certain what exactly the shadow people are. Sometimes, they are explained as spirits that are earth-bound who refuse the light afraid of what waits for them on the other side. Others have described them as inter-dimensional explorers who have found a way into our realm to study us. Some have been seen with red or yellow eyes.

Most are benevolent creatures who, like insects, are more afraid of us than we are of it. But there are also shadow people who carry more hostile personalities and give off a feeling of dread right before being seen, and many people have told of being paralyzed while being conscious and awake. These types of entities have been reported as speaking to their human targets saying things such as “come with me” or “here we are”.

So many descriptions and tales from all around the world have been reported on this phenomena but with no conclusive evidence. I mean, how could there be. Everyone has a different story about where these beings come from or what they could be. Spirits, inter-dimension entities, alien entities. So many possibilities.