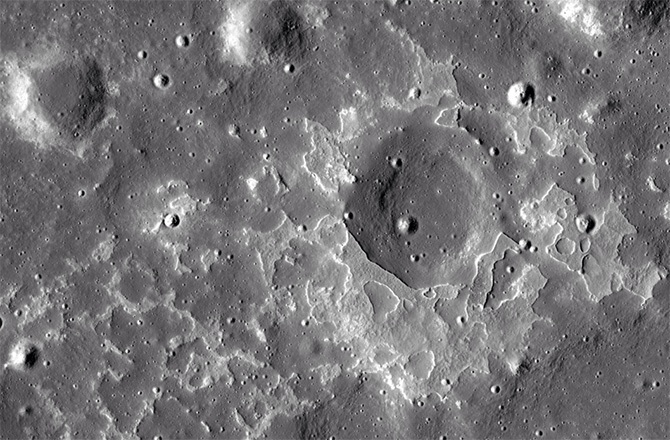 It’s traditionally been thought that the moon’s volcanoes went cold quite a while back — between 1 and 1.5 billion years ago. But recent discoveries by NASA’s Lunar Reconnaissance Orbiter show some spots that may have experienced volcanic eruptions much later — some as recent as 33 million years ago!

Now 33 million years may not sound very “recent” to us but on a geologic time scale it’s like it happened just last week.

Small areas of what appear to be recent basaltic lava deposits have been identified in images acquired by the Lunar Reconnaissance Orbiter Camera (LROC) on the moon’s near side. These “irregular mare patches,” or IMPs, contain rough and smooth surfaces with few craters larger than 20 meters (65 feet), indicating a young age.

70 IMPs have thus far been identified, the best-known of which (and first discovered) is one named Ina, seen by Apollo 15 from lunar orbit. 2 km (1.25 miles) across, Ina was unlike any other region seen by Apollo astronauts and was originally thought to be an irregularly-collapsed caldera. 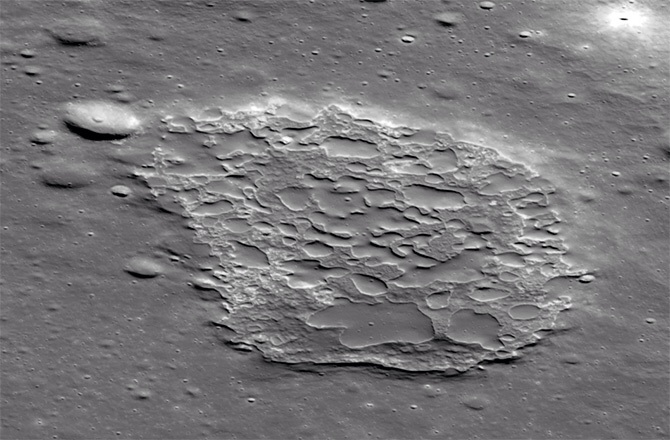 An oblique view of the 2-km-wide Ina from LRO. The raised smooth mounds and lower rough depressions are evident here.

Now, after five years of observations by LRO, scientists know that Ina is not just a singular anomaly but rather one of many IMPs that point to a much longer span of lunar volcanism — and possibly a warmer lunar interior — than what had previously been estimated.