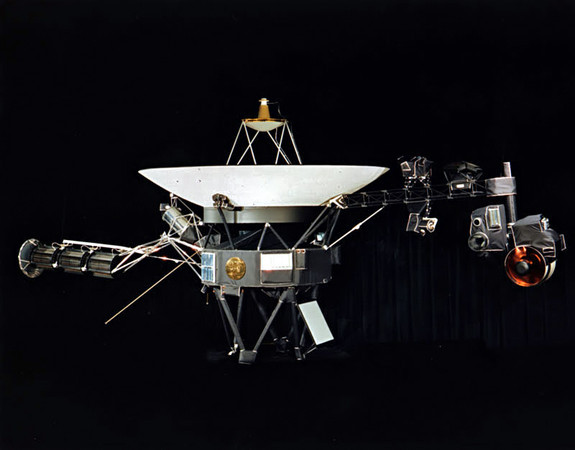 NASA’s Voyager 1 and Voyager 2, which first left Earth in 1977, are the longest-operating spacecraft in history and the most distant, at billions of miles from Earth but in different directions. Each only has 68 kilobytes of computer memory — the smallest iPod, an 8-gigabyte iPod Nano, is 100,000 times more powerful.

Considered a relic of the early Space Age, Voyager 1 is still in operation approaching the boundary that separates the solar system from interstellar space — the space between the solar system and the stars.

Voyager 1 used Saturn as a gravitational slingshot to catapult itself toward the edge of the solar system, which is enveloped in a giant plasma bubble, and is now flitting around the fringes. Outside the bubble is a new frontier in the Milky Way — the space between stars.

Voyager 1 is in uncharted celestial territory, the report reads, and the boundary that separates the solar system and interstellar space is near, but could take days, months or years to cross.