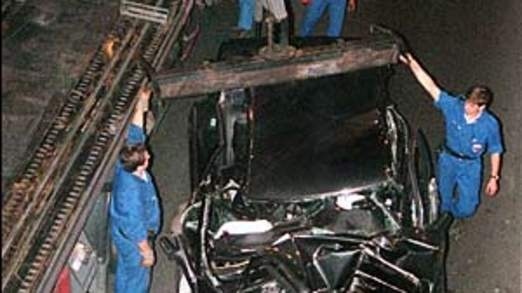 The information, thought to include the allegation that the Princess of Wales, Dodi al Fayed and their driver were killed by a member of the British military, will be assessed by officers from the Specialist Crime and Operations Command.

According to Sky sources it was given to the police by the former parents-in-law of a former soldier.

The deaths of Princess Diana and Mr al Fayed in Paris in 1997 were investigated and examined during a 90-day inquest led by Lord Justice Scott Baker at the Royal Court of Justice in 2007.

On April 7, 2008, the jury concluded their verdict as “unlawful killing, grossly negligent driving of the following vehicles and of the Mercedes”.

The Metropolitan Police said its assessment was not a re-investigation and does not come under Operation Paget, the inquiry led by Lord Stevens into conspiracy theories surrounding Princess Diana and Mr al Fayed’s deaths.

A royal spokeswoman said there will be no comment on the matter from Prince William or Prince Harry, or from Clarence House.

After the inquest, the Metropolitan Police said it had spent £8m on services arising from it and the Operation Paget investigation from 2004 to 2006.

Sky’s Crime Correspondent Martin Brunt said: “We understand this information includes an allegation that Princess Diana and Dodi al Fayed and the driver of their car were killed by a member of the British military.

“The information we’re told was passed to Scotland Yard quite recently. It also includes, we understand, references to something known as Diana’s diary.

“These are very early days, the information has just come in, and Scotland Yard is adamant in saying that this is not a reopening of its investigation from 2004 when it spent three years looking into the circumstances of the Princess’ death.

“But it is taking the information seriously and it is considering and it is possible that a new investigation may open.”

Princess Diana, Mr al Fayed and their driver Henri Paul died after the Mercedes crashed in a Paris tunnel on August 31, 1997.

Diana was 36 at the time of her death and Mr al Fayed, the son of former Harrods owner Mohamed al Fayed, 42.