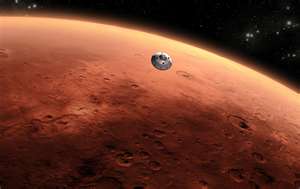 As you’ve probably gleaned by now, for NASA followers and fans, to say nothing of the casual observer, the mission is a must-see event. You may be thinking, “That’s great, but where can I watch it?” well you can watch the live Mars Curisoity landing here live at www.coolinterestingstuff.com

It “will be the most complex and hair-raising in planetary history.” And for the mission? It is, “the most ambitious, the most costly ($2.5 billion) and the most high-stakes mission ever to another planet.”

Other superlatives include the fact that Curiosity is the largest and heaviest human-made object to land on Mars, a critical step if humans are ever to visit the planet. Curiosity is also the first rover to search for the building blocks of life on the Red Planet — the first since the Viking Missions of the ’70s.