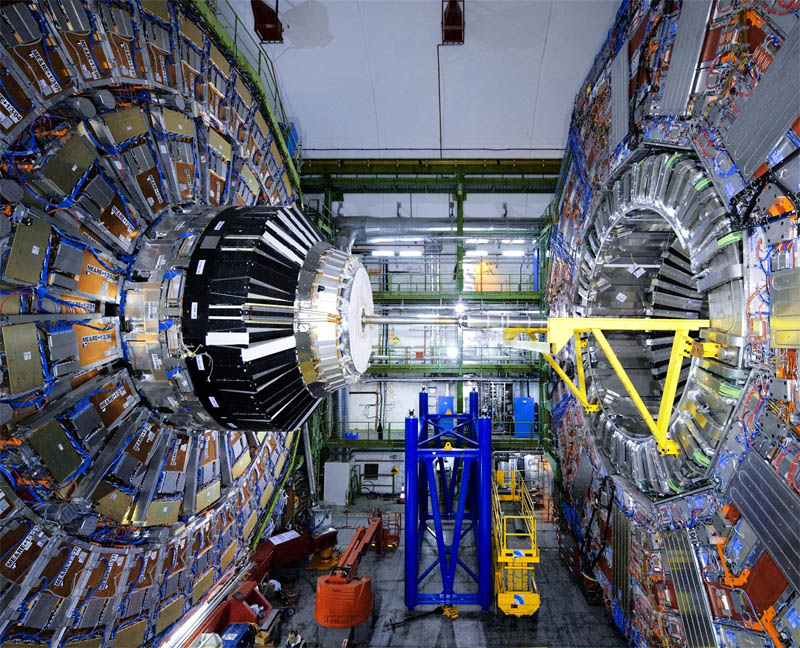 After four years of high-energy particle demolition inside the detectors of the Large Hadron Collider (LHC), are physicists on the verge of announcing one of the most significant discoveries of our time? If you’ve seen this morning’s headlines, then you’d think the answer is a huge yes. But in typical quantum physics style, we’ll have to wait a little longer for definitive proof for the elusive Higgs boson

On Wednesday (July 4), scientists heading two major experiments at the LHC plan to announce their most recent findings at a physics conference in Australia with accompanying meetings in Geneva, Switzerland. What’s more, senior scientists at European Organization for Nuclear Research (CERN) are hinting that there is strong evidence in their data that suggests the Higgs boson exists.

For the last year or so there have been “hints” of a Higgs detection, then those hints turned into “potential evidence.” Now, will we finally get word of a bona fide discovery?

“I agree that any reasonable outside observer would say, ‘It looks like a discovery,'” CERN physicist John Ellis told The Associated Press. “We’ve discovered something which is consistent with being a Higgs.”

The Higgs boson is the last piece of the physics Standard Model, a collection of theories that underpin all modern physics. The Higgs particle is theorized to mediate mass — like a photon (also a boson) mediates the electromagnetic force, i.e., light — and creates the “Higgs field” that must pervade the entire Universe, endowing matter with mass.