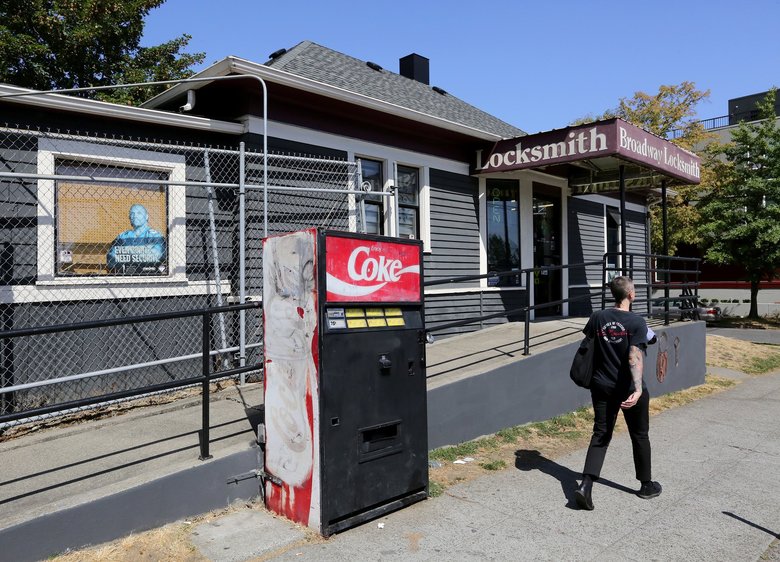 What happened to Seattle’s ‘Mystery Machine’?

A soda machine in the Capitol Hill neighborhood of Seattle was a mystery for many years. First, why were its sodas only 75 cents, when vending machine sodas all over the rest of the nation have cost at least $1.25 for at least a decade? But there’s more: The machine was seriously old, and it featured a “mystery” button, for those who like to live dangerously. According to Atlas Obscura, it wasn’t just the question of what soda you’d get that made the machine such an enigma, it was also its entire existence — no one knew who owned it, who stocked it, and therefore who was not getting very rich off all those 75-cent sodas.

Then, without warning, all the buttons became “mystery” buttons, and the price went up to 1 dollar. And then the machine just disappeared altogether, leaving behind a note that simply said “went for a walk.”

On the machine’s Facebook page (because it has one), the explanation for its sudden disappearance was elaborated to “Going for a walk, need to find myself. Maybe take a shower even.” Beyond that, no one knows what became of the iconic vending machine, though it doesn’t seem like a stretch to speculate that after so

many years, it was probably due for service.

UPDATE: As of the end of October, the Mystery Machine still hadn’t returned, but its Facebook page has been pretty busy, featuring images of the intrepid soda machine traveling the globe, hanging out with bears, and Photoshopp … err … posing next to famous landmarks. Sort of like a traveling gnome, except totally fake.