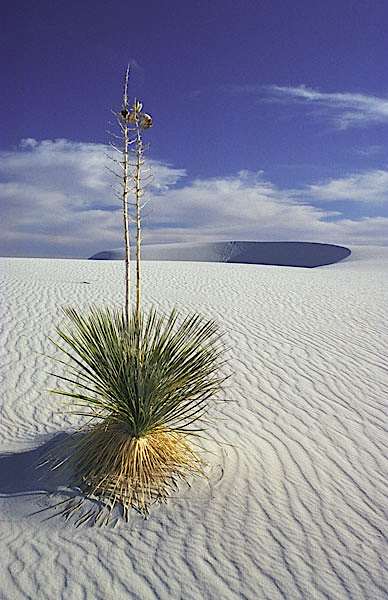 On July 8, 1947 at 5:26 EDT, an Associated Press news wire announced that Roswell Army Air Field had reported recovering a “flying disk” from a nearby rancher’s property, first found “sometime last week,” and that it was being flown to “higher headquarters.” The curious base press release triggered a national press feeding frenzy.

Later “higher headquarters” was announced to be Brig. Gen. Roger Ramey, head of the 8th Army Air Force at Fort Worth, Texas. The Roswell 509th Bomb Group was a subcommand of the 8th AAF. It was also announced that the recovered “disk” was eventually destined for Wright Field, Ohio, home of the Air Materiel Command and the AAF’s aeronautical research labs.

Within about an hour of the press release, Gen. Ramey began putting out an alternate weather balloon version of the story. And about two hours later, the photo at the above right was taken of Gen. Ramey (crouched down) and his Chief of Staff, Col. Thomas Dubose (seated). Ramey repeated his story that what was recovered at Roswell was nothing more than the remains of a weather balloon and its aluminum foil radar target kite shown displayed on the general’s office floor. Later Ramey brought in a weather officer to make the identification official.

The press bought the change of story. Just to make sure, the Army and Navy engaged in a debunking campaign during the following days which involved weather balloon and radar target demonstrations. The weather balloons, the public was told, explained not only what was found at Roswell, but also accounted for the numerous “flying disk” or “flying saucer” sightings that preceded the Roswell events.

This was the official story for the next 47 years until constituents asked Congressman Steven Schiff of New Mexico to look into it. After getting what he thought was the run-around from the Air Force, Schiff in 1994 asked the Congressional General Accounting Office (GAO) to investigate, forcing the Air Force to amend its old weather balloon story. Now it wasn’t just any weather balloon. It was supposedly a top secret Mogul balloon made up of multiple weather balloons and radar targets and launched from nearby Alamogordo, N.M.

Three years later, just in time for Roswell’s 50th anniversary, one of the USAF counter-intelligence agents involved in the earlier report issued an additional “Case Closed” report on the stories of bodies being recovered. According to him, the reports of bodies were nothing more than highly distorted memories of “crash dummies” used in ejection tests carried out in New Mexico during the 1950’s.

The Ramey Message — What really happened
Barely noticeable in one of the 1947 photos and clutched in Gen. Ramey’s left hand is a slip of paper (boxed in red).  Probably unwittingly, Gen. Ramey had the text side facing towards the camera, allowing the text on this paper to be photographed.
When blown up and analyzed, it tells a remarkably different story of events from the one Ramey or contemporary Air Force counter-intelligence wants you to believe. 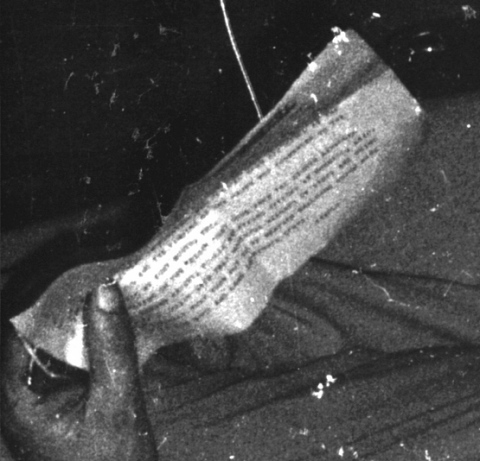 The message turns out to be a telegram from Gen. Ramey to the Pentagon and

Gen. Hoyt Vandenberg, the acting AAF Chief of Staff at the time. Ramey is providing Vandenberg an update on the very fluid situation in-the-field at Roswell.

The first paragraph describes what had been found. Ramey starts by acknowledging “THAT A ‘DISK’ IS NEXT NEW FIND.” He then adds that “THE VICTIMS OF THE WRECK” and something else (possibly just “A WRECK”) had also been found near the recovery “OPERATION AT THE ‘RANCH’.” At the end it states that “YOU” (i.e. Gen. Vandenberg) had ordered the “victims” and/or the wreckage “FORWARDED” to “FORT WORTH, TEX.”

In the second paragraph, Ramey describes how the situation was being handled. Ramey first states that something “IN THE ‘DISC'”, probably the bodies of the “forwarded” “victims” (and possibly termed “AVIATORS”) would be flown by a B-29 Special Transport or C-47 to the “A1” (personnel director) of some “8TH ARMY****” division, most likely the head flight surgeon at Fort Worth given the context. Wright Field, Ohio, home of the AAF’s aeronautical labs, was to assess the Roswell crash object (possibly referred to as an “AIRFOIL”).

Finally Ramey outlines how the situation was being treated publicly and how they were going to cover it up. First he assures Vandenberg that the earlier highly inflammatory Roswell base press release (referred to as the “MISSTATE MEANING OF STORY”) was the work of an Army counter-intelligence team (“CIC/TEAM”), but that the “NEXT SENT OUT PR” (Press Release) would be “OF WEATHER BALLOONS.” Ramey finishes with the statement that the weather balloon story might be better accepted if they also added weather balloon radar target demonstrations. This apparently was the impetus for the national debunking campaign using the devices that followed over the next few days.