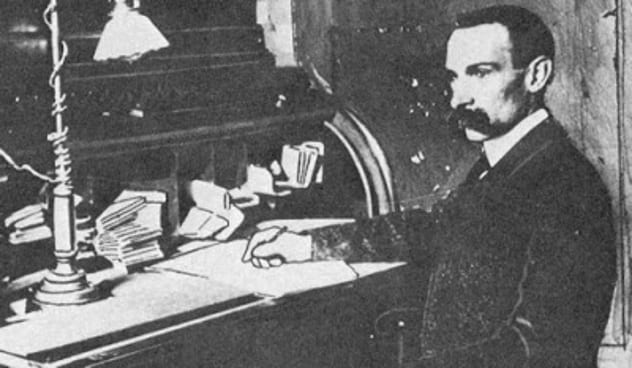 Canadian millionaire and theater impresario Ambrose Small disappeared from his office at the Grand Opera House in Toronto, Ontario, on December 2, 1919, the same day that the sale of his theaters was due to go through. Small was certainly in a hurry for the transaction to be completed and was instrumental in moving the signing date up by two weeks.

However, although the sale netted Small over $1 million, he never withdrew a penny of the money, all of which was still in the bank when his disappearance was discovered. Nor was he reported missing by his wife, who assumed him to be “in the arms of a designing woman,” and it was only on January 3, a month later, that his disappearance was reported in the press.

A number of theories abounded at the time, including that he had been killed by his wife and burned in the furnace at the Grand Theatre or that the police had helped Small disappear.