Home Science What was earth like before man?
UNEXPLAINED MYSTERIES 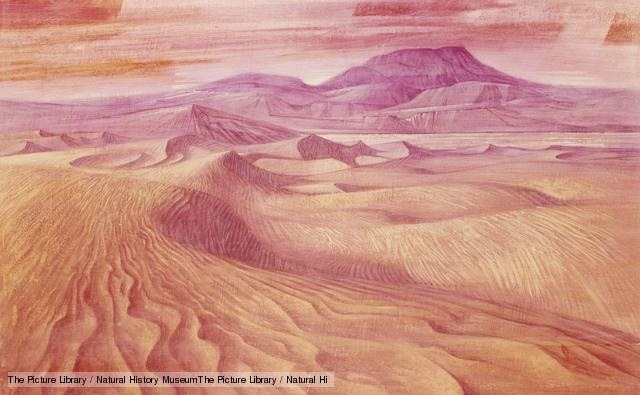 A vast desert formed in Earth’s prehistoric past when the supercontinent of Pangaea straddled the equator and stretched to the poles. Pangaea’s position influenced ocean circulation patterns, and its huge size meant that there were vast areas where moist air from the oceans never penetrated. The north east of the continent, coastal areas and the poles had water aplenty, but elsewhere deserts ruled supreme. Many of the bright red rocks of the Late Permian and Triassic are from this desert period. They often contain chunks of gypsum and other salts left by evaporating lakes since, when rain came, it was likely to be as monsoon-type deluges. 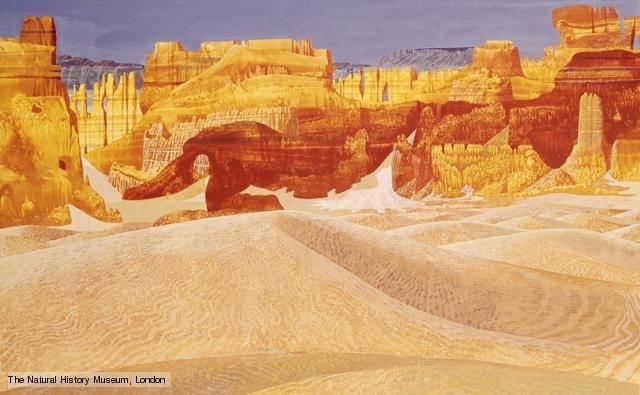 The Permian started with an ice age and ended with the most devastating mass extinction the Earth has ever experienced. In fact, at least two mass extinctions occurred during this time. It’s also when all the continents of the world finally coalesced into one supercontinent, named Pangaea (meaning ‘the entire Earth’). As the globe warmed up and the ice retreated, many areas of Pangaea became very arid. The oxygen level plummeted too, from a high of 35% of the total atmosphere to around 15%. For comparison, today’s oxygen content is 21%. 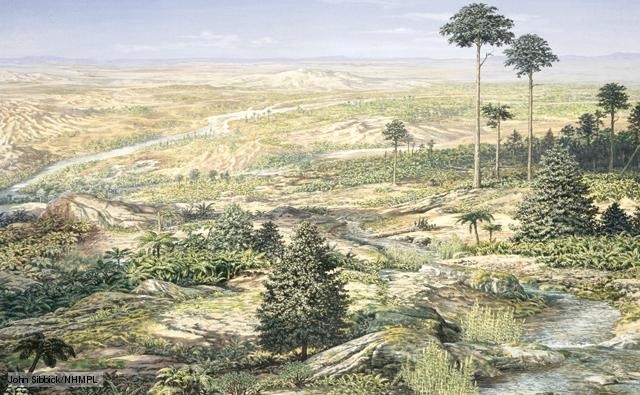 The Triassic began after the worst mass extinction ever, at the end of the Permian. Life on Earth took a while to recover and diversify. The Triassic was characterised by heat, vast deserts and warm seas. Even the polar regions were warm, so lush forests grew there. However, the lack of other life, coupled with the period’s particular environmental conditions, opened up some evolutionary opportunities. As a result, the very first mammals and dinosaurs evolved. During this time, the giant supercontinent of Pangaea began to break apart. The period ended as it had begun, with an extinction event that wiped out many species.