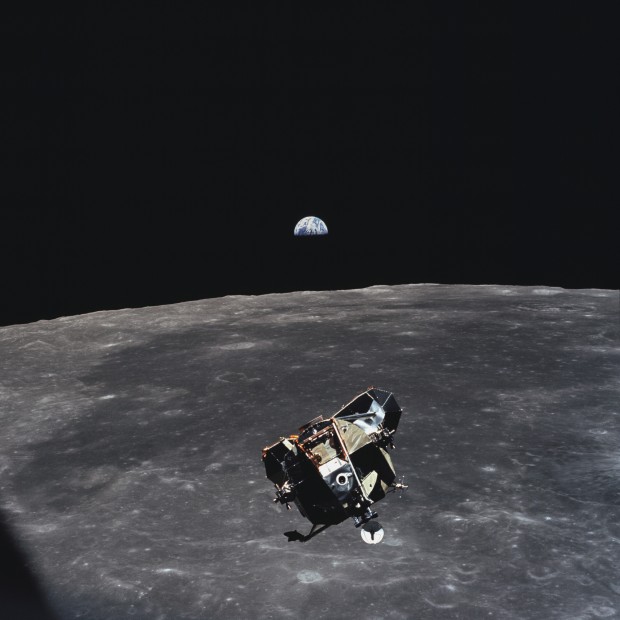 A strange conversation was recorded between Apollo 10 astronauts –

Did you hear that whistling sound too?”

The conversation was between Apollo astronauts Eugene Cernan and John Young, as their craft flew around the far side of the moon. NASA kept the recording secret for decades.

NASA released transcripts in 2008, including the audio of the discussion as well as a recording of the sounds that the astronauts were referencing.

These have now been made public.

Out of radio contact with Earth and all alone on the far side of the moon, the astronauts were clearly not expecting to hear anything on their instruments.

“You hear that? That whistling sound? Whoooooo,” says Cernan on the recording.

“That sure is weird music.”

It was so weird that the team debated whether or not to mention it to their superiors at NASA, out of fear that it could cast doubt on their suitability for future spaceflight, according to a new Science Channel series “NASA’s Unexplained Files.”

Michael Collins, the pilot of Apollo 11 and the first person to fly around the far side of the moon by himself (while teammates Buzz Aldrin and Neil Armstrong were exploring the Lunar surface), also recalled hearing strange sounds, but did not think too much of it.

“There is a strange noise in my headset now, an eerie woo-woo sound,” he wrote in his book “Carrying the Fire: An Astronaut’s Journeys.”