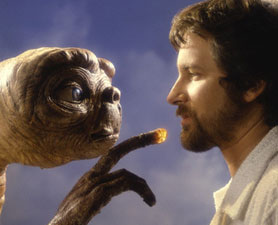 Mathematically speaking, ET would have found us by now — if he exists — so we’re being consciously avoided for some reason, a new study concludes.

“We’re either alone, or they’re out there and leave us alone,” mathematician Thomas Hair, with Florida Gulf Coast University in Fort Myers, told Discovery News

Hair, who presented his research at the Mathematical Association of America in Boston earlier this month, based his approximation of what he considered to be extremely conservative estimates for how long it would take a society to muster up the resources and technological know-how to leave its home world and travel to another star. Even at the relatively sedate pace of 1 percent of light-speed, the aliens would arrive at their nearest neighbor star in about 500 years.

Figure another 500 years to build new ships, set out again, and so on and so on, and the calculations show that civilizations starting out from the oldest stars in our galaxy would have had epochs of time to reach us by now. So where are they?

“They’ve either passed us by, or they stay around their home star systems and contemplate their navels,” Hair said.

There could be several reasons why we’re not listed in intergalactic Yelp. Perhaps most important is that we don’t have anything aliens need.

“Any ancient civilization is probably not biological. They don’t need a place like Earth. They don’t need to come here and steal our water. There’s plenty of it out in the outer solar system where the gravity is not so great and they can just take all they want,” Hair said.

Or perhaps modern-day extraterrestrials are following routes laid out long ago, all of which bypass Earth, he added.