Home The Future When will the world really end?
UNEXPLAINED MYSTERIES 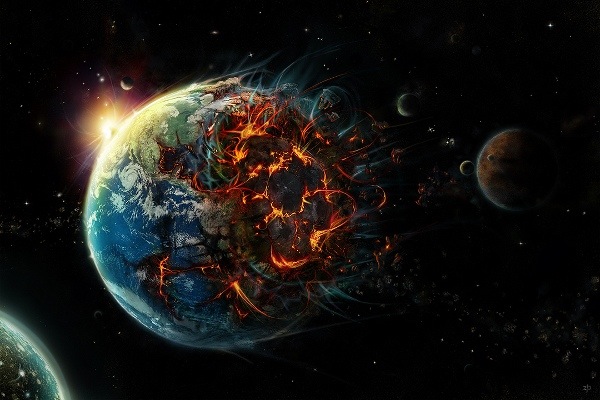 When will the world really end? Or when is the next doomsday event predicted ?

The following is the most complete list of doomsday events predicted so far, some of them are in the far future, but others are approaching fast.

Alien contact, or at least proof of alien life is predicted for sometime in 2013. NASA themselves have stated that a big event will take place in 2013.

The date has been predicted to mark the start of alien activity on earth. Ancient texts, religious books and strange carvings all highlight this date, many referring it to the return of the star beings. We do not think this will be a doomsday event, merely the start of  it.

A number of prohets claimed that Armageddon would take place in 2020 and Jesus would return to defeat the unholy Trinity of the Antichrist, Satan and the False prophet between 2020 and 2037.

The end of our Sun’s current phase of development, after which it will swell into a red giant, either swallowing the Earth or at least completely scorching it. It is widely accepted by the scientific community that the earth will be destroyed around this time. However, as the Sun grows gradually hotter (over millions of years), the Earth may become too hot for life in only a billion years’ time.