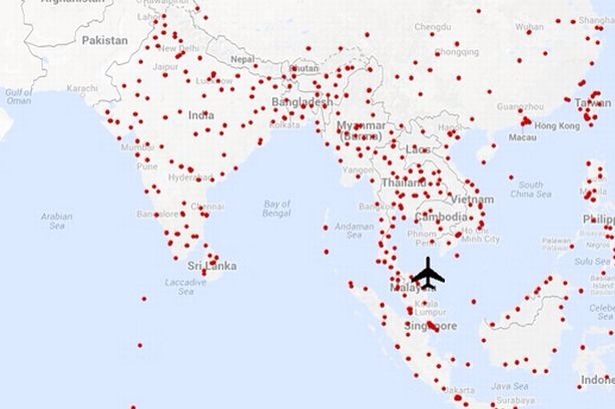 These are the 634 runways where the missing Malaysia Airlines plane could have landed after a potential hijacking.

Today the Australian search team ended its mission in the Indian Ocean and concluded the area can now be “discounted as the final resting place of the plane”. 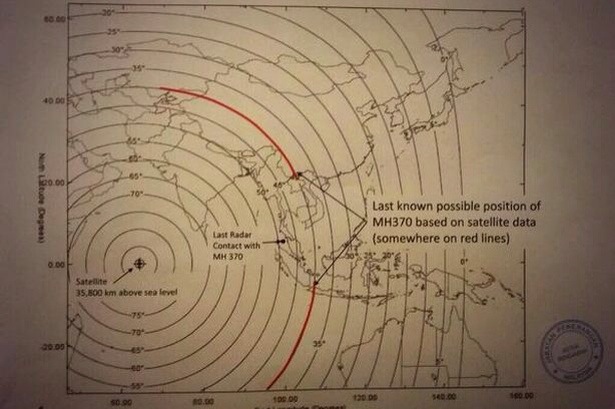 Investigators must now go back to square one in their quest to establish what happened to passenger jet carrying 239 people.

Shortly after the Boeing 777 first disappeared, Malaysian Prime Minister Najib Razak said it was believed flight MH370’s disappearance was the result of ‘deliberate action’ by someone on the plane.

During a dramatic press conference, he said satellite evidence showed the aircraft’s transponder was turned off and it change direction shortly before it vanished.

It is estimated that the jet had enough fuel to have flown around another 2,200 miles after it vanished.

WYNC Data Team said based on the size of the plane, there are 634 runways where it could potentially have landed.

They are spread from as far north as Pakistan, to as far south as the west coast of Australia or even Japan.

Other remote locations include Micronesia, Mongolia and the Maldives.

Prime Minister Razak stopped short of saying the aircraft had been hijacked, but his ‘deliberate action’ comments pointed towards foul play.

“Shortly afterwards between the border of Malaysian and Vietnamese air traffic control the aircraft’s transponder was switched off.

“Radar data showed that from this point onwards a plane believed to be MH370 did turn back and turned back in a westerly direction before turning north west.

“These movements are consistent with deliberate action by someone on the plane.”