Home Ancient Mysteries Where is the Holy Grail?
UNEXPLAINED MYSTERIES 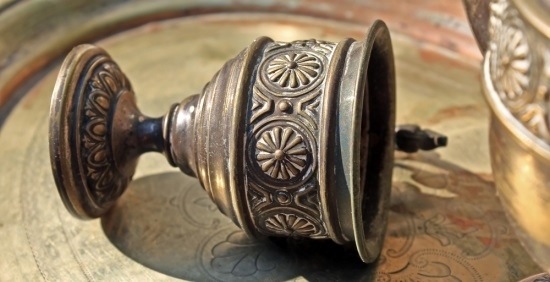 Has the holy grail been found? Many claim they have knowledge of it’s whereabouts….

The mystery: Where is the Holy Grail?

According to Christian mythology, the Holy Grail was the dish, plate, or cup used by Jesus at the Last Supper, said to possess miraculous powers.

The connection of Joseph of Arimathea with the Grail legend dates from the late 12th century in which Joseph receives the Grail from an apparition of Jesus and sends it with his followers to Great Britain. Belief in the Grail and interest in its potential whereabouts has never ceased. Ownership has been attributed to various groups (including the Knights Templar, probably because they were at the peak of their influence around the time that Grail stories started circulating.

There are cups claimed to be the Grail in several churches, for instance the Saint Mary of Valencia Cathedral, which contains an artifact, the Holy Chalice (pictured above – note, only the top “cup” portion is original), supposedly taken by Saint Peter to Rome in the first century, and then to Huesca in Spain by Saint Lawrence in the 3rd century.

the holy grail is in Spain

The Valencia chalice does hold some merit as a contender for the true grail as it has been scientifically asserted to have been created between the 4th century BC and the first century AD in the Middle East. Other stories claim that the Grail is buried beneath Rosslyn Chapel or lies deep in the spring at Glastonbury Tor.

Still other stories claim that a secret line of hereditary protectors keep the Grail, or that it was hidden by the Templars in Oak Island, Nova Scotia’s famous “Money Pit”.