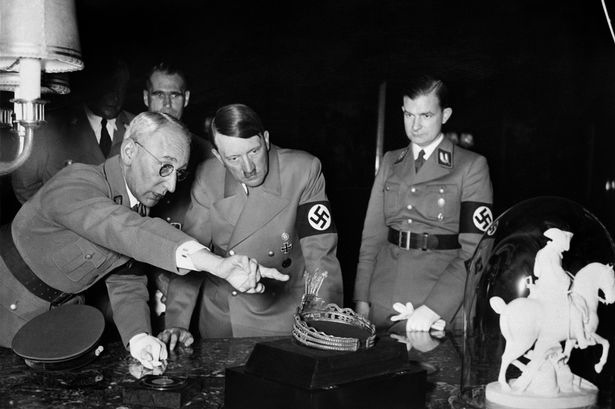 The key to finding Hitler’s personal stash of diamonds may lie in a secret musical code.

The theory was suggested by Dutch writer Karl Hammer Kaatee after he came across a copy of the “March Impromptu” which had been scribbled on by Adolf Hitler’s aide Martin Bormann.

He believes the notes contain a secret code that leads to where a huge Nazi fortune was buried, including Hitler’s diamonds.

The hoard was hidden to fund a terrorist group called Werewolf who would continue to take the fight to the Allies after the Nazis lost the Second World War.

Kaatee was unable to crack the code, but posted the notes online.

Dutch musician Leon Giesen believes he has deciphered the clues and followed them to Mittenwald in southern Germany, where he has begun digging “exploratory holes”.