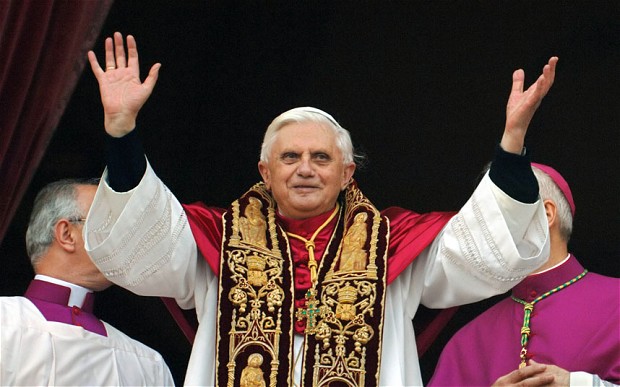 Benedict’s resignation came as a real shock—he’s the first pope to resign in nearly 600 years, with the last resignation being Gregory XII, who stepped down in 1415 to end a church schism.

The 85-year-old pontiff announced he would be stepping aside on Feb. 28 due to declining health, citing his “incapacity to adequately fulfill the ministry entrusted to me.” Taking over in April 2005, Benedict was a surprising pick for pope to begin with: Born Joseph Ratzinger in Germany in 1927, he was a member of the Hitler Youth during World War II, although he insisted he was never part of the Nazi Party.

As a cardinal, Benedict was one of the most conservative in the church, making his pick all the more unusual after popular reformer Pope John Paul II.

In a statement, the pope, 85, said his health had deteriorated over recent months “to the extent that I have had to recognize my incapacity to adequately fulfill the ministry entrusted to me.” He also said he is resigning in full freedom and is “fully aware of the gravity of this gesture.” Benedict had reportedly wanted his predecessor, John Paul II, to resign when his health was failing. The Vatican said the papacy will be vacant until a new successor is chosen.

Why did he really resign ?

Now that the shock of Pope Benedict XVI’s surprise resignation has settled in, conspiracy theorists are having a heyday trying to figure out if there is more to the story than meets the eye. With no papal funeral to prepare for and the pope’s final appearances fairly routine, Vatican watchers and bored reporters have been fleshing out a number of theories on why the pope may have really resigned.

While the Catholic Church sex-abuse scandal was obviously a huge weight on the pope’s shoulders, Vatican watchers say it was actually the VatiLeaks butler saga and allegations of impropriety at the Vatican Bank that played more important roles in his resignation. 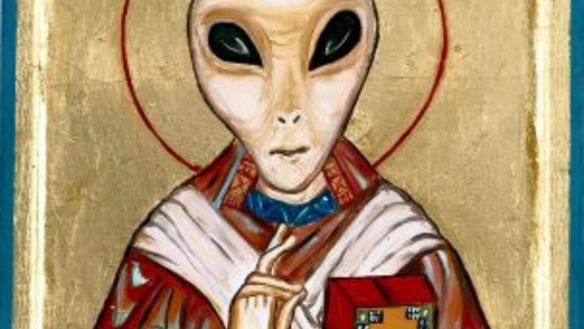 No discovery will have a massive impact on the church than the discovery of life on another planet, or alien contact.