Home Space Why NASA Can’t Get Out of Low Earth Orbit ?
UNEXPLAINED MYSTERIES 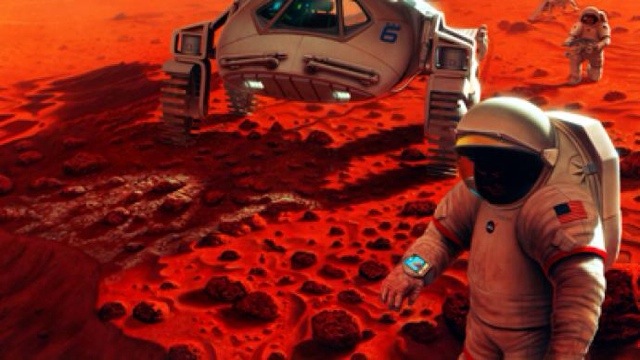 NASA began under the Eisenhower administration, even though President Kennedy initiated the program to go to the moon. However, the U. S. laid the foundation for space exploration by creating NASA since no private company could afford to fund such a venture and make money.

Unfortunately, politicians fund NASA and any program embarked on will face the ideology of the follow-on administration. When Kennedy died, Lyndon Johnson continued the national goal of going to the moon since he was a space advocate himself, or more likely, he loved to spend money on government programs. Richard Nixon came into office not so much as an advocate of Apollo, but with a belief in national pride. Once Apollo ended in his administration there was little interest in continuing the venture, though the nation still wished to be a space faring country. Congress approved the space shuttle in 1972 when Apollo 16 astronauts were exploring the lunar surface. Underfunded, the space shuttle program struggled to mature and was well behind schedule before Columbia lifted off in 1981.

However, the space shuttle was really a brilliant idea for continuing space exploration across administrations. Once you build yourself a “space truck”, you look for ways to use it and the intent was providing quick and easy access to space without spending millions on recovery forces in the ocean. The space shuttle could land on a runway, process for the next mission, and launch again, and demonstrated that it could indeed handle the postulated missions: carry satellites to space, capture old or sick satellites, conduct military missions, and build a space station. The space shuttle also dispatched unmanned interplanetary missions and probably could have built a platform for human interplanetary missions launched from low Earth orbit. However, the space shuttle, as remarkable and capable as it was could not operate at the originally advertized cost, and the margins for error turned out to be narrower than expected with the loss of two vehicles. Even so, the program lasted 30 years, not counting development time, and kept the U. S. preeminent as a space faring nation.

The International Space Station (ISS) was also a NASA initiated program that crossed five presidential administrations from Ronald Reagan, who directed NASA to build it, through Barack Obama, when it finished construction. The ISS faced cancellation several times, but somehow made it through to completion.

From 1960 to the present, other NASA projects and programs arose and failed. You may be surprised that a space shuttle-like vehicle project existed in the early 1960’s: the X-20, or Dyna-Soar (short for Dynamic Soaring) was the next logical step after the X-15 research aircraft. The X-15 flew 199 times in the upper atmosphere at hypersonic velocities, and eventually (after Alan Shepard) reached space. The Dyna-Soar, a delta-winged flying spacecraft and designed as a space exploration and military vehicle, could have easily become a precursor to the space shuttle had it not been for the Apollo program. Overweight for the launch capability, NASA cancelled Dyna-Soar in 1963.

The manned orbiting laboratory (MOL) was mostly a military program designed to use a Gemini spacecraft to carry astronauts attached to a long, bus-sized laboratory, effectively the first space station. Intended as a spy satellite and human space flight research vehicle, NASA cancelled it in the late 1960’s.

President George H. W. Bush initiated studies for Space Exploration Initiative (SEI) a long-range plan for human exploration beyond low Earth orbit, back to the moon, Mars, and Jupiter moons, however, the 500 billion dollar price tag over 20-30 years eventually led to abandoning this venture. Bill Clinton’s administration cancelled any exploration mission to the moon or beyond.

Even though Ronald Reagan directed NASA to build the space station in 1984, the Clinton administration changed the approach by including international partners, and the name from Space Station Freedom to International Space Station.

Many other NASA and department of defense projects never made it to flight. The orbital maneuvering vehicle, a space “tugboat”, envisioned to move satellites to various orbits. The national space plane, designed to take off from a runway, reach orbital velocity, and land on a runway. The X-33, the “replacement of the space shuttle” used a new rocket engine technology. Space launch initiative and the national launch system, were new lines of launch vehicles.

Most recently, President Obama cancelled NASA’s Constellation program for going to the moon and Mars. As of this writing, despite what you hear from NASA, there is no specific NASA program or timetable for sending humans beyond low Earth orbit.

It is easy to see how political winds stifle NASA and human space exploration development. We are lucky that Apollo, Space Shuttle, and ISS were able to survive. Any exploration beyond low Earth orbit will require programs that span across presidential administrations and ideology. NASA has gone the first step by spreading their centers across the country, a form of wealth redistribution. The challenge is convincing the nation that human space exploration is in their best interest.