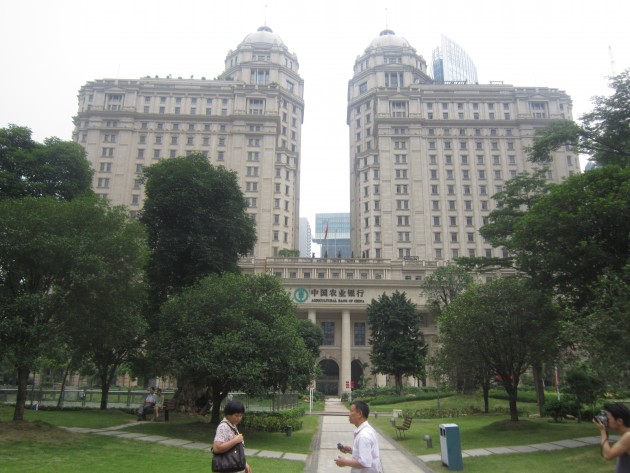 This crazy robbery was committed by two vault managers employed at the bank, it is the largest bank robbery in China’s history.

The idea for the heist had begun when one of the managers, Ren Xiaofeng, stole 200,000 yuan (c.US$26,000) in October 2006 with the complicity of two security guards, Zhao Xuenan and Zhang Qiang. Ren then purchased tickets for the Chinese lottery, with the intention of winning a sufficiently large prize that he could return the missing funds before their absence was noted, and still have money left over for himself.

Despite the unfavourable odds Ren was successful, and he was able to return the 200,000 to the vault.

Emboldened by his initial success, Ren joined forces with another manager, Ma Xiangjing, to perpetrate the same crime on a far larger scale. During March and April 2007, the two stole 32.96 million yuan (c.US$4.3 million), and spent almost the entire amount—31.25 million—on lottery tickets.

No luck the next time!

This time good fortune was not on their side. In desperation, they stole six cash boxes containing a further 18 million yuan (c.US$2.3 million) on April 14, spending 14 million in a single day in an effort to recover their losses. Despite Handan reporting record lottery ticket sales, the two recouped only 98,000 yuan (c.US$12,700).

On April 16, ABC branch managers discovered the missing money and notified the police. With insufficient funds to cover the losses, Ren and Ma bought fake IDs and cars with their meagre winnings, and fled. But it did not take long for them to be captured

Both Ren and Ma were executed in Hebei province on April 1, 2008